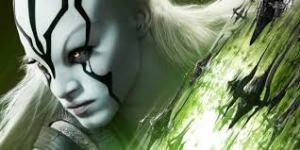 STAR TREK BEYOND CAST UNITES TO BRING AUDIENCES THE ULTIMATE FAN EXPERIENCE: A CHANCE TO APPEAR IN THE UPCOMING FILM 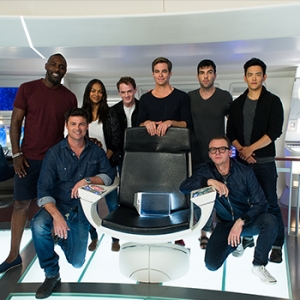 to Enter for a Chance to Win!

HOLLYWOOD, CA, JULY 14, 2015 – In an unprecedented event, the cast of the Star Trek film franchise has created a unique philanthropic initiative in partnership with Omaze. The Star Trek: To Boldly Go campaign will support the cast’s personal selection of nine global causes, which will each receive equal portions of the funds raised when fans enter for a chance to win a walk-on role in director Justin Lin’s Star Trek Beyond, the third film in the blockbuster franchise, released on July 8, 2016. The campaign runs from 12:01 a.m. PST on July 14th until 11:59 p.m. PST September 1st.

To coincide with the campaign’s launch, cast members John Cho, Simon Pegg, Chris Pine, Zachary Quinto, Zoë Saldana, Karl Urban, Anton Yelchin and Idris Elba recorded a special video message on the iconic Starship Enterprise bridge set. The video, released today, kicked off production and features the cast inviting fans to make franchise history as the first fans to ever win a walk-on role in a Star Trek movie. For each $10 contribution made through the Omaze fundraising platform, eligible participants will be automatically entered for a chance to win this once-in-a-lifetime experience.

Check out the launch video here:

The Star Trek: To Boldly Go Grand Prize winner and a guest will:

The Star Trek: To Boldly Go Crew will:

“Omaze is excited to bring this truly once-in-a-lifetime experience to Star Trek fans around the world,” said Ryan Cummins, Co-Founder and Co-CEO. “We are proud to give fans the chance to live out their dream experience while simultaneously helping nine great causes. By allowing anyone to enter for just $10, we are seeing the power our community has in making an impact around the world.”

By donating directly to Omaze.com/StarTrek, fans will be supporting these nine global causes:

Visit Omaze.com/StarTrek to learn more about this new initiative. “Live long and prosper.”

No purchase necessary to enter or win.  Void where prohibited.  Must be at least eighteen (18) years of age or the age of majority in your domicile, to enter and a resident of Argentina, Austria, Canada, Cyprus, Estonia, France, Germany, Greece, Hungary, India, Ireland, Japan, Latvia, Lithuania, Mexico, Netherlands, Philippines, Portugal, Romania, Russia, Slovakia, Slovenia, Spain, Sweden, USA, or the UK, and not a resident of Belgium, Italy, Malta, Singapore, or Thailand.  Residents of Australia, Brazil, China and the Republic of Korea are not prohibited from participating, but local rules and laws may restrict or prohibit the award of certain prizes or impose additional restrictions on participation.

Rewards are separate from sweepstakes prizes.  Rewards are limited in quantity. Odds of winning depend on number of entries. For free entry: (i) send post card to Sponsor at P.O. Box 866, 9942 Culver Blvd, Culver City, CA, USA 90232 by applicable mail date; or (ii) visitwww.Omaze.com/StarTrek.  Entrants may receive additional entries via Facebook.  Maximum number of entries: 1,000,000 per Entrant.  Travel and accommodations are at Sponsor’s discretion and subject to availability and change.  Winner and Guest may be required to pass a background screening or security check, to receive the prize and/or reward. Visa conditions may apply. All taxes are Winner’s responsibility. Not sponsored, endorsed or administered by, or associated with Facebook®.  Residents of certain territories may be required to successfully complete a trivia question to qualify.

PARAMOUNT PICTURES, BAD ROBOT AND CHARITYBUZZ PARTNER TO OFFER STAR TREK FANS A ONCE-IN-A-LIFETIME OPPORTUNITY TO MEET DIRECTOR J.J. ABRAMS AND THE CAST OF “STAR TREK INTO DARKNESS” AT THE FILM’S LOS ANGELES PREMIERE. PROCEEDS WILL BENEFIT THE MISS

WHAT: Charitybuzz, the leading destination for online charity auctions, will host the bidding for a four-pack of VIP tickets to attend the “STAR TREK INTO DARKNESS” premiere in Los Angeles. The winners will walk the red carpet, meet director J.J. Abrams and the cast, and attend the premiere after-party. Paramount Pictures and Bad Robot will match the winning bid, up to $25,000. Proceeds will benefit The Mission Continues and its work to empower post-9/11 veterans on their new missions here at home. WHEN: TUESDAY, MAY 14TH, 2013 Bidding is open now through Thursday, May 9th at www.Charitybuzz.Com/StarTrek<http://www.charitybuzz.com/StarTrek> ABOUT “STAR TREK INTO DARKNESS” In the wake of a shocking act of terror from within their own organization, the crew of The Enterprise is called back home to Earth. In defiance of regulations and with a personal score to settle, Captain Kirk leads his crew on a manhunt to capture an unstoppable force of destruction and bring those responsible to justice. As the heroes are propelled into an epic chess game of life and death, love will be challenged, friendships will be torn apart, and sacrifices must be made for the only family Kirk has left: his crew. “STAR TREK INTO DARKNESS” opens nationwide May 17th, 2013. “STAR TREK INTO DARKNESS” is written by Roberto Orci & Alex Kurtzman & Damon Lindelof and directed by J.J. Abrams. Abrams is producing with Bryan Burk through Bad Robot Productions, along with Lindelof, Kurtzman and Orci. Jeffrey Chernov and Skydance Productions’ David Ellison, Dana Goldberg and Paul Schwake are the executive producers. ABOUT CHARITYBUZZ.COM Charitybuzz raises funds for nonprofits around the globe through online auctions with the world’s most recognizable celebrities and brands. Featuring access to acclaimed actors and musicians, business and political leaders, sports stars, luxury travel, couture fashion, rare memorabilia and more, Charitybuzz brings its online community of bidders exclusive opportunities to live their dreams and make a difference. Since launching, Charitybuzz has raised more than $75 million for charity. To learn more, visit www.Charitybuzz.com, like us on Facebook at www.Facebook.com/Charitybuzz or follow us on Twitter at @Charitybuzz. ABOUT THE MISSION CONTINUES Mission Continues is a community service organization that helps post-9/11 veterans transition from the military to leadership roles at home. The Mission Continues benefits veterans and communities in equal measure. The organization sponsors veterans’ enrollment in a 6-month service and leadership program. These veterans dedicate themselves to serving in their community, volunteering for at least 20 hours a week in community organizations to address issues like homelessness, illiteracy and unemployment. The Mission Continues provides the tools, the direction, and a living stipend to these veterans, while the veterans deploy their experience, their skills, and their desire against our communities' most pressing problems. Since its inception, The Mission Continues has awarded more than 600 fellowships and engaged thousands of volunteers at more than 350 community organizations. For more information, please visit www.missioncontinues.org or follow us on Twitter: @missioncontinue

We have 296 guests and no members online