My dear friend Kristine W will join Jon and Talkin' Pets this Saturday 12/14/13 at 6:30 PM EST to discuss and give away her first new Christmas Album "Hey Mr. Christmas"

“HEY MR. CHRISTMAS”
Celebrate one of the country's most talented performers

Hey Mr. Christmas begins with “Mr. Christmas”, a tribute to Kristine’s assistant who fought in Iraq, and “Everyday’s a Holiday”. Both tracks were written by Kristine, in collaboration with the UK’s award-winning songwriting and production team, Love to Infinity. Then the dance music icon knocks the holiday stockings off the chimney with a remake of Dolly Parton's "Hard Candy Christmas" and an electro mix of "Mary Did You Know".  She breathes new life into The Sound of Music’s "Favorite Things" with a newly written verse and a slick lounge sound; then caps Hey Mr. Christmas off with a show-stomping, diva-licious dance floor rendition of “O Holy Night”.

“Hey Mr. Christmas is happy holiday record and I’m excited to offer my fans a reason to smile this season,” says the singer.

Kristine W is beloved for her string of #1 dance floor hits including “Land of the Living”, “One More Try”, “Stronger” and “Feel What You Want”. With nine consecutive #1s, she holds the world’s record for Most Consecutive #1 Billboard Club Hits, surpassing Madonna and Janet Jackson’s previously shared record of seven.

Adding to her notable accomplishments, Kristine W is a leukemia survivor. This year, she celebrates twelve years of remission.

Kristine W is a fourth generation entertainer hailing from Pasco, Washington. After winning titles as Miss Tri-Cities and Miss Washington, and placing first in the talent competition at the Miss America pageant, Kristine went on to pursue her educational and musical dreams in Las Vegas. She headlined her own show at the Las Vegas Hilton, winning several 'Las Vegas Entertainer of the Year' awards and earning the distinction as the entertainer who performed more live shows at the Las Vegas Hilton than any other performer in its history - including Elvis. The award led to June 28th being officially sanctioned Kristine W day in the state of Nevada.

Battle of the Year

Check out the latest news from Jon's friend Kristine W

Tune in to "Live from the Couch" on WLNY-TV 10/55 (CBS) 7-9am on Friday, February 1 to see Kristine as she is interviewed by Carolina Bermudez, John Elliot and Lisa Kerney. The interview is expected to be aired sometime after 7:30am EST.

You can also catch Kristine as she is interviewed on WCBS-TV by Don Dahler for "CBS 2 News Saturday Morning" between 9:00-10:00am EST on Saturday, February 2.

Club Mixes Part 1 will be here in just a few short days!

Kristine's new album, New and Number Ones - Club Mixes Part 1 is available for pre-order now at the Kristine W Store. Get your copy of the album containing 11 Club Mixes for only $13.98.

The album will hit iTunes and mailboxes on February 5, so make sure to get your order in early!

Lisa Matassa will join Jon and Talkin' Pets Saturday 12/15 at 5 PM EST to discuss and give away her new CD SOMEBODY"S BABY, Lisa will also chat about pets for the holidays and her own Bengal cat. 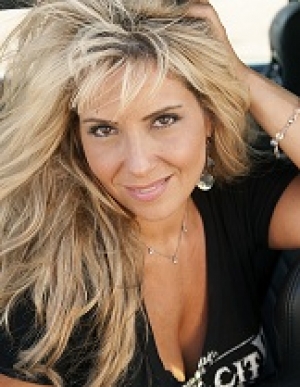 "The disc knocked me out." - 650 AM WSM's Bill Cody
Nashville, TN (December 4, 2012) -- Lisa Matassa's new EP, SOMEBODY'S BABY, is proving its depth as it resonates at radio and with fans.  The disc is available today at Amazon, iTunes and CDBaby.

With a voice that FAME writer Mark S. Tucker calls "big, brassy, clear and confident" that "takes no prisoners, no guff," Lisa's EP "rocks the block, fills up the neighborhood and starts heading for the outlands to make converts to the cause."  Tucker adds, "Lisa Matassa can count herself a lead member of the pack of arena country anthemic rockers."

The enhanced disc, comprised of seven songs and a bonus music video, was produced by Tony Bruno (Rihanna, Enrique Iglesias) and recorded in Nashville and New York.  The Long Island songstress contributed three tracks: "Wouldn't You Like to Know," "Girl with a Rock 'n Roll Heart" and "Learning as You Grow."  Other writers include Bryan Adams, Kelly Archer, Dolly Parton and Don Rollins.

Billboard.com's Chuck Dauphin notes that Lisa's "vivacious spirit" comes across on SOMEBODY'S BABY.  "Whether it be the up-tempo sheen of the title cut or the warmth exuded on ballads like 'Heaven' and the stirring 'Learning As You Grow,' she is a star on the rise."

Matassa's first single from the disc, the title track, is moving steadily up the Billboard/BDS Indicator Chart ( #49 ) and is a Top 10 hit in Europe.  Her "Somebody's Baby" video has already garnered nearly 2 MILLION YouTube views.  The visually-enticing piece, directed by hotshot Traci Goudie (Hunter Hayes, Merle Haggard, Emmylou Harris, Patty Griffin), is included on the enhanced EP.  Fans will also find another special bonus: Matassa has included the audio track for her favorite holiday number, "The Christmas Song (Chestnuts Roasting On An Open Fire)."  The Christmas Song video was last year's #1 Holiday Video on CMT.  It will air again on the network this month, as well as on GAC and TCN.  Radio can catch the holiday spirit via PlayMPE and can access the full album at AIRPLAY DIRECT.

For all the latest LISA news, fans can go to www.lisamatassa.com 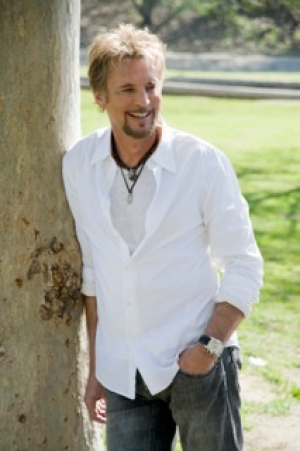 There’s always one dog. One special dog
you’ll never forget. One dog that touched your heart in a way that lasts a lifetime . . .
Kenny Loggins • Illustrated by Joshua Nash
For singer-songwriter Kenny Loggins—whose records have sold more than 25 million copies
worldwide—that dog was Moose, his childhood pet. And this touching picture book, with its sweet and appealing illustrations, is based on one of his songs and tells the unforgettable story of that friendship.
Moose—a chubby, adorable, smiling puppy—and young Kenny do everything together. As Loggins says “Moose thinks I’m his home.” They romp, curl up together in bed, have parties with family, and go down to the riverboat near their home. The protective pup even growls and saves him from an
intimidating stranger. The two are inseparable, as a boy and his dog will be.
But the years pass, and as Loggins sets off to pursue his musical dream, he’s forced to leave the dog behind. And one night, while he’s on stage singing, he somehow knows: Moose is gone. Yet he
believes, sometime, somewhere, he and Moose will meet again.
Any child who loves and perhaps has lost a beloved pet will relate to Kenny’s story. It sends a message of love straight to the heart and will bring a smile to every child’s face.
Singer-songwriter Kenny Loggins has sold over 25 million albums worldwide, twelve have gone platinum. He has won two Grammy® Awards for his singing and songwriting, and co-wrote the book, The Unimaginable Life: Lessons Learned on the Path of Love. His songs have been hits over the last four decades. Who can forget This Is It, I’m Alright, Footloose, Danger Zone, Conviction of the Heart and It’s About Time. In addition to his string of successful recordings, both solo and as a member of the famed duo, Loggins & Messina, Kenny became the first major rock star to dedicate himself to recording
music for children and families. His album, Return to Pooh Corner, remains the best-selling children’s album of the last twenty years. Kenny, who reunited with Jim Messina in 2009, currently resides in Santa Barbara with his youngest children.
Joshua Nash is a graphic artist who began illustrating professionally in 2004. He has had the pleasure of working with a range of wonderful clients illustrating a number of books. He lives in Roseville, California, with his wife, dog, and cat. Nashville, Tenn. (October 5, 2012) -- A decade after his death, Waylon Jennings continues to be one of country music’s most beloved artists while winning over a new generation of fans who have embraced his final recordings, Goin’ Down Rockin’. Released September 25th (Saguaro Road Records), Goin’ Down Rockin’ is one of Amazon.com’s best sellers, climbing into the Top 20 of their Music Chart as well as #2 on the Today’s Country Chart and debuted at #14 on Billboard’s Country Albums chart.

The album was the subject of an NPR profile on their top rated show, All Things Considered, this week (http://www.npr.org/2012/10/02/162163568/waylon-jennings-the-last-recordings-of-a-dreamer). "It was almost shocking when I first heard it," singer Jessi Colter, who was married to Jennings for more than 30 years, says in the interview. "It took me several times to be able to listen to it. It sounded like he was there, that he's opening his heart to you, and he's telling you how he feels." Goin’ Down Rockin’ also is the subject of a country music radio special, airing on over 60 stations in North America.

Critics have joined Jennings’ fans in welcoming these treasured recordings. Rolling Stone magazine gave the album four stars, calling it “…raw songs delivered in a weary but still magnificent baritone…a winner, a dignified badass to the very end.” Upon hearing the album, Mojo declared, “it’s apparent here that they don’t make ‘em like Waylon anymore.” His peers concur; Buddy Cannon, producer for Kenny Chesney, Jamey Johnson, George Jones and others reflects, “It's so great to hear Waylon's voice with new music. For any Waylon fan, this is sacred."

One of the all time greatest country music vocalists, Jennings was also the founder of the Outlaw movement, received two Grammy Awards, and multiple Country Music Association and Academy of Country Music awards. 11 of his albums hit #1 on the country charts, with 16 #1 singles. In all, 54 of Jennings’ albums have charted and more than 100 singles cracked the country and pop charts. He was inducted into the Country Music Hall of Fame in 2001.

We have 905 guests and no members online