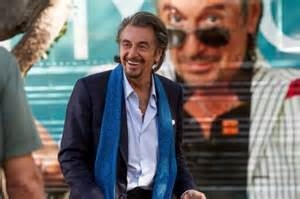 Lucas Hoge, Christain Country Artist to join Jon and Talkin' Pets 2/28/15 at 630 PM EST to discuss and give away his music along with chat about his honor as spokesperson for Guardian Angels for a Soldiers Pet 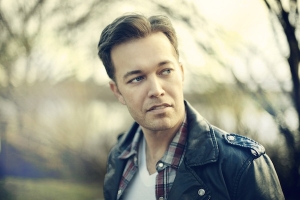 NEW SINGLE “POWER OF GARTH,” to be released to mainstream country radio THIS SPRING

A small-town Hubbell, Nebraska native, Lucas’s hometown of 50 people came together to throw a farewell concert for him, donating $2,500 to fuel his dreams in Nashville.

Upon moving to Nashville, Hoge built a loyal fan base performing in honky tonks on Broadway.

Lucas won "Country Album of The Year" with his debut album Dirt, at the 16th Annual Los Angeles Music Awards, and was also named Contemporary Christian Singer/Songwriter Of The Year for his song "Get The Door.”

Lucas received his first nomination in the ICM (Inspirational Country Music Awards) as ICM’s “New Artist of The Year” 2011. Lucas gained recognition in the Christian Country genre when he answered a woman’s dying wish and wrote a song inspired by her poem. “How Was I To Know” quickly became a favorite debuting at # 66 and climbed all the way to number two (#2).

Lucas appeared at the ICM Awards as a presenter and is nominated for “Best Male Vocalist” 2012. His song “Have I Done Something” is the # 1 song on the Christian Country Charts for November 2012.

Hoge has proved to be a TV darling, with his song "If I Only Could," featured in the hit television show, Smallville, inclusion in the Sunday Night Football commercial campaign with Faith Hill, Toby Keith's Christmas special, GAC's Tom's Wild Life, (which features his song "Give A Damn"), and Animal Planet's Last Chance Highway, in which he starred as himself, a singer/songwriter who has volunteered to help rescue dogs in the south and transport them nor to their new forever homes.

Lucas also penned and performs the show's theme song, "Last Chance Highway," which was released to iTunes in 2010 by the Discovery Network. He's appeared on The Today Show, Inside Edition, The Daily Buzz, Daytime TV, and many more.

An avid supporter of the U.S. military, Lucas has toured Denmark, Norway, Sweden and has traveled to the Middle East to perform for our troops. His songs “Soldiers Creed” and “Medal of Honor” are featured on his Music for Our Troops CD. Since, Lucas has become involved with ThanksUSA.org, which is a charity that helps military families with education scholarships.

Lucas is also is the official spokesperson for Guardian Angels for a Soldiers Pet, a group that fosters animals for our soldiers while they are stationed overseas.

Lucas made his debut performance at the Ryman in Nashville, TN in 2011 performing with the legendary George Jones and Lucas received a standing ovation. 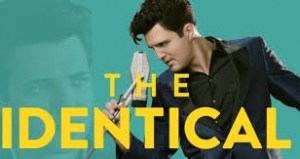 Lisa Spector, Concert Pianist, and co-founder of Through a Dog's Ear will join Jon and Talkin' Pets at 630 PM EST 7/19/14 to discuss and give away her music 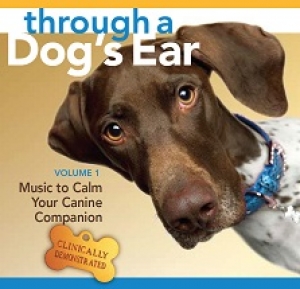 Lisa Spector is a concert pianist, Juilliard graduate, and canine music expert. By combining her passion for music with her love of dogs, she co-created Through a Dog's Ear, the only music clinically demonstrated to relieve anxiety issues in dogs.

As co-founder of Through a Dog’s Ear and the pianist on the music series, she has appeared on the CBS Early Show, Martha Stewart Living Radio, and Victoria Stilwell’s Positively podcast. In 2012, Through a Dog’s Ear was featured on Good Morning America and their inaugural CD, Music to Calm your Canine Companion Vol. 1, reached Billboard’s Classical Top 20 Chart.

iCalmDog, their new portable player, has been featured on The Today Show, The Hallmark Channel, USA Today and The Whole Dog Journal.

As a concert pianist, Lisa has won first prizes in Chopin competitions in New York and Los Angeles and has performed in China, Poland, Spain, France, Italy and throughout the U.S.

Spector heads the Through a Dog’s Ear “Music in Shelters” program, a project inspired by her volunteer work in shelters. Her piano playing is currently played in over 1,500 shelters worldwide, where it is helping increase adoption rates. In addition to calming the dogs, it helps create a quieter atmosphere, encouraging visitors to stay longer and adoption rates to increase. The donated music is also sent home with adopters and their new forever dogs.

Actively involved in social media, you can connect with her on Facebookand Twitter. 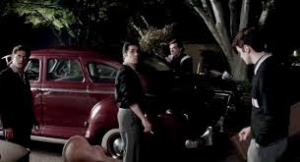 RHONDA VINCENT SET TO RELEASE NEW ALBUM ONLY ME THIS WEEK


Vincent duets with Willie Nelson on new project;
set to appear on The Today Show on February 1 & 2

My dear friend Kristine W will join Jon and Talkin' Pets this Saturday 12/14/13 at 6:30 PM EST to discuss and give away her first new Christmas Album "Hey Mr. Christmas"

“HEY MR. CHRISTMAS”
Celebrate one of the country's most talented performers

Hey Mr. Christmas begins with “Mr. Christmas”, a tribute to Kristine’s assistant who fought in Iraq, and “Everyday’s a Holiday”. Both tracks were written by Kristine, in collaboration with the UK’s award-winning songwriting and production team, Love to Infinity. Then the dance music icon knocks the holiday stockings off the chimney with a remake of Dolly Parton's "Hard Candy Christmas" and an electro mix of "Mary Did You Know".  She breathes new life into The Sound of Music’s "Favorite Things" with a newly written verse and a slick lounge sound; then caps Hey Mr. Christmas off with a show-stomping, diva-licious dance floor rendition of “O Holy Night”.

“Hey Mr. Christmas is happy holiday record and I’m excited to offer my fans a reason to smile this season,” says the singer.

Kristine W is beloved for her string of #1 dance floor hits including “Land of the Living”, “One More Try”, “Stronger” and “Feel What You Want”. With nine consecutive #1s, she holds the world’s record for Most Consecutive #1 Billboard Club Hits, surpassing Madonna and Janet Jackson’s previously shared record of seven.

Adding to her notable accomplishments, Kristine W is a leukemia survivor. This year, she celebrates twelve years of remission.

Kristine W is a fourth generation entertainer hailing from Pasco, Washington. After winning titles as Miss Tri-Cities and Miss Washington, and placing first in the talent competition at the Miss America pageant, Kristine went on to pursue her educational and musical dreams in Las Vegas. She headlined her own show at the Las Vegas Hilton, winning several 'Las Vegas Entertainer of the Year' awards and earning the distinction as the entertainer who performed more live shows at the Las Vegas Hilton than any other performer in its history - including Elvis. The award led to June 28th being officially sanctioned Kristine W day in the state of Nevada.

Battle of the Year

We have 402 guests and no members online