January 21, 2014, LOS ANGELES, CA – Lion Ark, the feature length documentary about the rescue of 25 lions from cruel circuses in Bolivia, has been nominated by America’s oldest and largest civil rights organization, the NAACP, in their Outstanding International Motion Picture category for the 45th NAACP Image Awards.

The prestigious Image Awards by the National Association for the Advancement of Colored People (NAACP) celebrates "the outstanding achievements and performances of people of color in the arts, as well as those individuals or groups who promote social justice through their creative endeavors."

Lion Ark follows a dangerous and ambitious international animal rescue as illegal circuses are tracked down across Bolivia and the animals saved, culminating in a huge airlift of 25 lions to safety in the U.S. Behind the huge logistical task a group of people from America, Britain, Bolivia, Peru and Colombia come together to help the lions.

Actress Jorja Fox, world famous for her role as Sara Sidle in CSI, is an associate Producer of Lion Ark and also appears in the film: “What I didn’t realize was that it was going to be an extraordinary story about the human spirit and what the human spirit can do when people come together.”

Early in the film, Jan Creamer, President and founder of Animal Defenders International, the organization behind the rescue, explains the rescuers’ motivation: “People sometimes ask, why bother about animals when there’s so much human suffering? But it is not a choice of one or the other. When we protect the weakest or the most vulnerable, whether it is animals or people, we all gain. That’s how we shape our world…understanding our connection with other species, and our place on this planet, is the next step in human evolution.”

Tim Phillips, Director of Lion Ark: “We are honored to have been nominated for this award. Lion Ark is a film about respect for people and animals so we are really pleased to receive this acknowledgement. In this film, you see the worst of humanity, but also humanity at its best. It is an empowering film that shows that people can make a difference. Lion Ark shows how animal protection is a vital part of the fabric of social justice, where human society draws a line as to what is, and is not, acceptable.”

The film shows how Bolivians got behind the rescue mission and in one scene a Bolivian Government official makes references to how some international non-governmental organizations can be heavy handed when working in poorer countries. Wildlife official David Kopp says: “Some international organizations think this is a poor country, a small, corrupt country and you can come in here and do what you like, but that’s not true. We’re looking for respect and coordinated work. Then we can do big things, like this.”

Members of the NAACP have until February 14th to vote for the nominated movies for the Image Awards, with the award ceremony taking place on the 21st and 22nd of February. The glittering awards ceremony in Los Angeles has, in the past, been hosted by luminaries such as Denzel Washington, Diana Ross, Cuba Gooding, Jr. and Whitney Houston.

Since Bolivia prohibited the use of animals in traveling circuses, 4 other South American countries have followed – Peru, Ecuador, Colombia and Paraguay. And in Europe, countries like Greece, Austria, Croatia and Portugal have implemented similar measures. Countries like China and Taiwan are grappling with this issue of animal protection.

Over 25 countries have banned animal circuses, representing a huge range of cultures and socio economic circumstances; there is a worldwide movement that animals should not be made to suffer, just to amuse us.


Lion Ark: More action adventure than traditional documentary, Lion Ark follows the world’s most ambitious and daring animal rescue, with a narrative compiled from film, interviews, conversations and reactions as events unfolded. How attitudes to animals were changed in Bolivia, illegal circuses pursued and closed, and 25 lions airlifted to freedom.

NAACP: Founded in 1909, the NAACP is America’s oldest and largest civil rights organization. From the ballot box to the classroom, the thousands of dedicated workers, organizers, leaders and members who make up the NAACP continue to fight for social justice for all Americans. The mission of the National Association for the Advancement of Colored People is to ensure the political, educational, social, and economic equality of rights of all persons and to eliminate race-based discrimination.

WHAT CRITICS ARE SAYING ABOUT LION ARK
“a spunky account of a perilous rescue mission...Lion Ark proceeds with refreshing unpredictability.”
– Jeannette Catsoulis, The New York Times

“If you enjoy movies filled with suspense, thrills, surprises, adventure and action, put Lion Ark on your must-see list. For me, Lion Ark is the feel-good movie of the year!”
– Betty Jo Tucker, Reel Talk

“…this film should be a target for this year’s Oscars. Excellent.”
– ACED Magazine

“Lion Ark is through and through entertaining…be ready for some up-tempo action-adventure of the most thrilling variety: real-life.”
– Stark Insider

“Lion Ark takes an already incredible and unforgettable story and breathes life and passion and transformation into it...one of your must-see films of 2013.”
– The Independent Critic

“A consciousness-raising milestone of a documentary”
– Edgar Vaid, The Ecologist

“will restore some faith in humanity”
– JM Willis, Shockya.com

“Lion Ark is a film that will grab your attention and your heart”
– Alexis Higgins, CMR Movie Reviews and News

“ultimately an uplifting story. It’s a revealing documentary with a lot of heart.”
– Jennie Kermode, Eye For Film

More reviews and links to all above reviews are available here: www.lionarkthemovie.com/news/lion-ark-reviews

RESTON, Va. – (January  17, 2014) – National Wildlife Federation (NWF) is teaming up with Open Road Films, RedroverCo., Ltd. and ToonBox Entertainment for the release of The Nut Job, opening in theaters nationwide on January 17. As the education partner for the new animated film, NWF is providing resources to help kids, parents, teachers and animal enthusiasts of all ages celebrate some of our most clever, acrobatic backyard inhabitants on January 21 for National Squirrel Appreciation Day.

In animated 3D, The Nut Job is an action-packed comedy that follows Surly (voiced by Will Arnett), a mischievous squirrel, who must plan a heist to get into his town’s biggest nut shop so that his park pals can gather enough food to survive winter. With his sidekick, Buddy, he assembles a ragtag crew to help him get inside and takes them on a fun-filled adventure.

“National Wildlife Federation is the perfect education partner for this film,” says Will Arnett. “I am glad to be part of a project that shows how wonderful these sometimes unappreciated animals can be.”

“Having just made a film in which I play a squirrel, I’m very partial to them, and am delighted to hear that the National Wildlife Federation is celebrating National Squirrel Appreciation Day, encouraging us to celebrate backyard wildlife every day,” says Katherine Heigl.

“We hope the lessons of working together and sharing that Surly learns will encourage kids, families and wildlife enthusiasts of all ages to help us plant trees to provide homes and food for squirrels and other wildlife through NWF’s Trees for Wildlife program,” says Carey Stanton, NWF’s senior director for education.

At www.nwf.org/TheNutJob, there are other ways to celebrate National Squirrel Appreciation Day and show your love for squirrels:

· Show your love for squirrels and also encourage people to take action on behalf of wildlife by entering the NWF sweepstakes for a private hometown screening for up to 100 friends to see The Nut Job. The sweepstakes deadline is 11:59 p.m. EST on January 22, 2014.

· Tweet your pics of squirrels using the hashtag: #squirrelday.

The Nut Job is based on the 2005 award-winning comedy short film Surly Squirrel by animation veteran Lepeniotis, The Nut Job marks the Canadian-based ToonBox's first feature film with Korean partner Redrover, in association with Gulfstream Pictures, which is handling U.S. sales. Fully financed by Redrover and its partners.  An all-star cast of Katherine Heigl, WillArnett, Brendan Fraser, Stephen Lang, Sarah Gadon and comedian Jeff Dunham,have all lent their voices for the animated comedy feature. For Facebook: http://www.fb.com/TheNutJobMovie and Twitter: http://www.twitter.com/TheNutJobMovie.

The Legend of Hercules 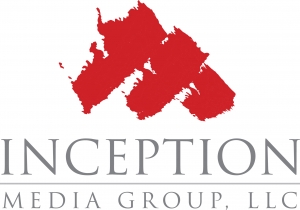 Balls to the Wall

We have 544 guests and no members online