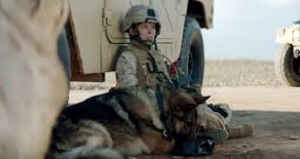 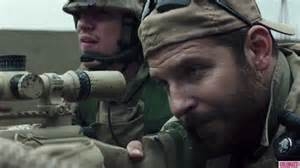 NEW YORK, NY (October 13, 2011) – When Arthur E. Benjamin was introduced to Pen Farthing (pictured with Benjamin, at left) by Cathy Kangas of PRAI Beauty at The Humane Society of the United States “To the Rescue!” Gala in New York City on October 5, 2011 (where Benjamin helped HSUS raise more than $1 million) they joined forces through Benjamin’s non-profit organization, American Dog Rescue, to increase efforts and funds towards Nowzad Dogs in the initiative to rescue abandoned dogs in Afghanistan and Iraq.

The life of Afghan and Iraqi animals is not one of comfort even at the best of times; most of the day is spent hunting for scraps of food or hiding from the hot desert sun during the summer, or the freezing cold of a desert winter night. There is definitely no pampered pet status in Afghanistan or Iraq.

For some of the many stray dogs in the Middle East they now have a guardian for the first time in their lives. Further, dogs that serve our troops as emotional support animals and become socialized in this effort deserve to earn their stripes in the form of new homes. They cannot be left behind to return to a homeless feral life. They will not survive.

To donate to help support the rescue and relocation efforts of Nowzad Dogs in conjunction with American Dog Rescue, please visit http://www.americandogrescue.org/philanthropy/support-nowzad.

American Dog Rescue (ADR) is a tax-exempt, non-profit 501(c)(3) organization committed to finding a home for every adoptable dog in the United States. American Dog Rescue is committed to placing healthy dogs in permanent homes that are the right fit for the animal and its family. Donations can be made by visiting www.americandogrescue.org/donate or calling (801) 944-3023.

Nowzad Dogs is a charity set up to relieve the abandonment of dogs, cats, and donkeys of Afghanistan and Iraq. Nowzad’s mission is to transport these stray animals to loving homes and assist in vital animal aid work that is desperately needed for the care and treatment of these animals. All donations go directly to helping the animals of Afghanistan and Iraq. Donations can be made by visiting http://www.americandogrescue.org/philanthropy/support-nowzad

We have 458 guests and no members online