LUC BESSON’S ‘VALERIAN AND THE CITY OF A THOUSAND PLANETS’ TO GIVE AWAY EXCLUSIVE COMIC BOOK IN CELEBRATION OF ‘FREE COMIC BOOK DAY’ ON MAY 6, 2017

April 24, 2017 - Los Angeles, CA – An exclusive comic book featuring the stories that inspired the upcoming film Valerian And The City Of A Thousand Planets will be available to fans around the world for free at local comic book stores, on Saturday, May 6, 2017 as part of “Free Comic Book Day,” it was announced today by STXfilms, EuropaCorp, and Cinebook.

In anticipation of the July 21st film release of Valerian And The City Of A Thousand Planets, this 32-page, free issue will feature a preview of the story from the comics that inspired the film, as well as exclusive, behind-the-scenes content from the highly anticipated, summer film developed and produced by EuropaCorp and distributed in the United States by STXfilms.

The original ground-breaking French comic series of VALERIAN AND LAURELINE published by Les Éditions Dargaud, was created by Pierre Christin and Jean-Claude Mézières, and inspired a generation of artists, writers, and filmmakers. “VALERIAN AND LAURELINE” ran for 43 years and is collected in 23 volumes. This year, the series is celebrating its 50th anniversary coinciding with the feature film’s release in July.

”It gives me incredible joy to finally bring to the big screen, 50 years later, the work of comic book creators Pierre Christin and Jean-Claude Mézières that originally sparked my imagination and set me on this incredible journey,” said writer/ director Luc Besson.  “I look forward to introducing a new generation of fans to the adventures of Valerian and Laureline.”

ABOUT VALERIAN AND THE CITY OF A THOUSAND PLANETS

STXfilms thanks Cinebook and Bliss on Tap who were instrumental in bringing this preview issue to fans on Free Comic Book Day. The 32-page preview issue will be printed at its original, European size. Check with your local comic book shop for more details. Availability is limited.

STXfilms is a division of STX Entertainment, a global next-generation media company whose mission is to unlock the value of the direct connection stars have with their fans through the development, financing, production, marketing and distribution of film, television, VF, digital vide, music and live entertainment content.  It is the industry leader in transforming beyond traditional platform-driven content to creating talent-driven enterprises.

The company is led by accomplished businessman Robert Simonds and was co-founded by Bill McGlashan, managing partner of the leading global private investment firm TPG.   Other investors include Hony Capital, a leading private equity firm in China; PCCW, Southeast Asia’s largest Internet and cable services provider; Tencent Holdings, China’s leading provider of online products and services; Dominic Ng, Chairman of East West Bank; DNS Capital (representing the business interests of Gigi Pritzker and her immediate family); and Beau Wrigley, former Chairman and CEO of the Wm. Wrigley Jr. Company, among others.  With these strategic relationships, the company is uniquely positioned to maximize the impact of content worldwide, with direct passage into the China market.

EuropaCorp is one of Europe’s leading film studios. Founded in 1999, EuropaCorp has operations spanning production, theatrical distribution, video and VOD, and television sales. EuropaCorp also has international rights, partnerships and licensing, production and soundtrack publishing activities. The Group has also been producing TV series since 2010. EuropaCorp’s integrated business model allows it to benefit from diversified sources of revenue. With a line-up boasting various types of films and a very strong foothold in international markets, the Group has produced France’s biggest international hits in recent years. EuropaCorp was founded by French filmmaker, screenwriter and producer Luc Besson. The Group owns a catalogue of 500 movies. 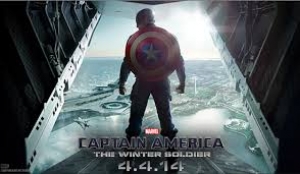 We have 516 guests and no members online