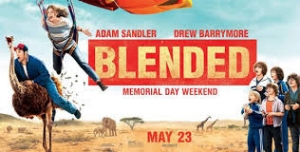 Paramount Pictures, Indian Paintbrush, Mr. Mudd and Right of Way films present a 111 minute, PG-13, drama, based on the novel by Joyce Maynard, direction and screenplay by Jason Reitman with a theater release date of January 31, 2014.

Dee Wallace, actress, writer, adviser and friend of Talkin' Pets will join Jon and the crew this Saturday 1/18/14 at 5 PM EST to discuss the 30th Anniversary of "CUJO", her upcoming book and much more 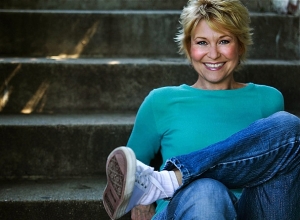 Thirty years ago, Dee Wallace, a gifted young actress from the wilds of Kansas, dropped into Hollywood with hopeful expectations.  Two years later she landed the role of a lifetime and walked onto a soundstage knowing that playing Mary, the smart, funny young mother of Michael, Elliott and Gertie, was going to change her life.
Born into a loving but impoverished family, Deanna Bowers was the bright, beautiful peacemaker of an alcoholic father and a mother who put aside her own dreams in order to support her husband and maintain a happy, stable home.  Like so many others who will relate to her childhood, Dee grew up under the push-pull pressure of wanting to perform and make her father proud - and happy enough not to drink - and at the same time remaining quiet and sweet so as not to give family anger a reason to surface.  With welcome clarity and honesty and without a trace of self-pity, she writes about these experiences as she was growing up, including her father's tragic suicide, and then shows how, until examined and reconciled, they kept cropping up again and again in her personal and professional life.  Even readers whose early lives were less dramatic and ultimately less tragic will be guided to recognize these same self-destructive patterns, and cheered to know their own bright lights, once uncovered and freed from fear, still burn.
Indeed, even with the unprecedented critical and popular success of “E.T.” and stellar reviews of her performance in it, the next years did not bring the expected acclaim and financial security.  Rather, they brought her the opportunity to leave fear behind as she somehow lived through the loss of her soul-mate, the knowledge of perfect love as she welcomed her long-awaited and only child, and the time to look at the life she had created and the ability to re-connect with her inner light and begin to create something new:  herself.  It wasn't the red carpet life she had expected, but it was so much better.
Wallace has never stopped working in film, television and stage, and has more than 130 films and scores of television roles and series to her credit.  She is currently among a handful of in-demand actresses for guest starring roles in TV drama.  Her irresistible presence on speaking forums and two top internet radio shows have made her a sought-after inspirational speaker, spiritual teacher and healer.
Dee is a true tour de force, working with every kind of co-star from Cujo to Lassie, as well as countless directors, producers and some of Hollywood's biggest names, including Peter Jackson, Wes Craven, Joe Dante, Stephen King and Blake Edwards.  Ms. Wallace became an icon in the role that would define motherhood for a generation, as Mary in Stephen Speilberg's ET: The Extraterrestrial. Her 150 films range from some of the scariest to some of the funniest ever made, including Cujo, The Howling, 10, The Frighteners  and Critters.


She has starred in four television series and more than 400 commercials and is one of Hollywood's most sought-after TV guest stars including appearances in Grey's Anatomy; Cold Case; Without a Trace; Ghost Whisperer; My Name is Earl; Criminal Minds, Saving Grace, Law and Order, and The Office.  A beloved acting coach, she is also an internationally known healer, with two global radio shows and a series of healing seminars.  Her insight into the joy of “conscious creation” was one of the reasons she was led to share her knowing with a larger audience through Bright Light.
In her recently released third book,  Bright Light (O-Books), she takes readers along on Wallace's emotional, spiritual and professional journey but even as we cheer for her triumphs and grieve for her unbearable losses, she doesn't allow us to sit on the sidelines as merely an audience to her life.  Rather she uses her journey as a metaphor for always expanding the lessons she experienced in her own life to a larger wisdom valuable for all of us.   Her gifted writing is inclusive, reaching out to connect with readers as with unflinching honesty she takes responsibility for the manifestation of pain and disappointments in her life, as well as the creation of love and happiness for its joys and successes.   And she beckons her readers, who almost imperceptibly recognize their own journey, to learn from the spiritual lessons, which are the focus of each chapter.

Her third book, BRIGHT LIGHT, the story of her own journey and healing will be published in late May. Please view the promo at - http://www.youtube.com/watch?v=pYTpNpeO0lU


Dee in the Media: 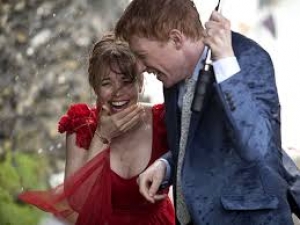 Advance Praise for HOW DOGS LOVE US:

"Amazingly entertaining and super smart. In How Dogs Love Us, Gregory Berns gives us our first real look inside the brain of a dog, while simultaneously setting new standards in ethical science. A truly great read!"
—Steven Kotler, author of A Small Furry Prayer

" How Dogs Love Us is a fascinating account of a scientist’s tenacious pursuit of the unknown. Gregory Berns’s account of his lab’s Dog Project provides readers with new insights into the minds of our most loyal companions while also reminding us that scientific research should be approached with passion, love, and a bold disregard for the possibility of failure."
—Dan Ariely, author of The (Honest) Truth About Dishonesty

"Gregory Berns's book, packed with solid scientific research and warm personal stories, will set the agenda for future research on the minds and emotional lives of animals."
—Marc Bekoff, author of The Emotional Lives of Animals

"This book lets you see inside the mind of a dog as never before. How Dogs Love Us will revolutionize how we understand animals—especially our dogs. This is a must-read for animal lovers and neuroscientists alike."
—Brian Hare, author of The Genius of Dogs


Have you ever looked into your dog’s big brown eyes and wondered what he or she was thinking?  Do dogs really understand what we are saying and do they really love us like we love them?  Have we been underestimating their intelligence and capabilities? In his ground breaking new book, HOW DOGS LOVE US: A Neuroscientist and His Adopted Dog Decode the Canine Brain (Amazon Publishing/New Harvest; October 22, 2013; 272 pages; $25), Greg Berns shares the story of how he trained dogs to sit quietly during an MRI and reveals remarkable findings that will transform the way we communicate with man’s best friend.

Emory University Neuroscientist Gregory Berns has spent decades using MRI imaging technology to study the human brain, but when he and his daughter adopted “Callie” a skinny, shy terrier mix from the shelter, he was inspired to see if the same tools would unlock the secrets of a dog’s brain as well.  Curious to know what his new dog was thinking, he overcame administrative, technical, legal and behavioral hurdles and painstakingly trained Callie to enter the MRI scanner on her own and stay still during the scans (earmuffs and all!).

In his new book, HOW DOGS LOVE US: A Neuroscientist and His Adopted Dog Decode the Canine Brain (Amazon Publishing/New Harvest; October 22, 2013; 272 pages; $25.00), Greg Berns explains how he trained dogs to voluntarily submit to the MRI and then reveals many surprising findings from his studies of the canine brain.   What he discovered challenges many prevailing ideas about dogs and could revolutionize the way humans and dogs coexist.  For example, Burns found:

Dogs are more like people than we thought and his findings beg the question “Should dogs  - and other animals - be granted legal rights beyond being property?”
How dogs love and evidence that they do empathize with human emotions.
The idea of being the “pack leader,” as some experts suggest, may be a mistake.

Berns’ work conducting canine brain scans on conscious, unrestrained dogs—dubbed “The Dog Project” at Emory—has now expanded the team of MRI-dogs to explore how dogs learn and smell, and what they experience when they’re separated from their humans.

Utterly fascinating and required reading for all dog lovers, HOW DOGS LOVE US answers age-old questions about man’s best friend and will help pave new ways to improve canine-human communication —even with dogs who have shown aggression towards humans.  In fact, one day we might find ourselves declaring “Dogs are people too!” and granting them rights beyond our wildest dreams.

About the Author:
GREGORY BURNS, MD, PhD is the Distinguished Professor of Neuroeconomics at Emory University.  His research has been featured in the New York Times, Wall Street Journal, Forbes, the Los Angeles Times, Nature, Money, New Scientist, Psychology Today, and on CNN, NPR, ABC, and the BBC. He lives in Atlanta, Georgia.

We have 708 guests and no members online