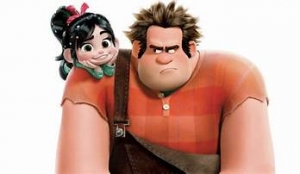 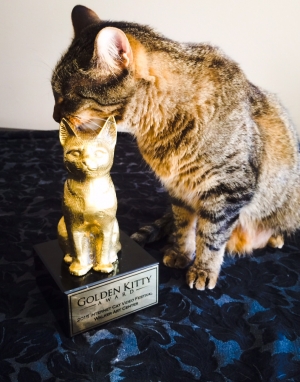 CHICAGO – The wildly popular Internet Cat Video Festival is headed back to Chicago with Lil BUB and her dude Mike Bridavsky as hosts. This is the third consecutive year animal and internet lovers’ can enjoy the feline-focused film festival, thanks to the local rescues Chicago Cat Rescue and Tree House Humane Society.

Festival events include an exclusive screening of an all-new film by the creator of the Henri Le Chat Noir videos, Will Braden, a previous Golden Kitty Award (People’s Choice) winner. The debut is a part of the festival’s 75-minute screening, comprised of carefully curated cat videos that will entertain the expected 2,000 guests. Attendees can also dote upon adoptable cats and kittens in addition to socializing with the hosts of the CATastrophes Web Series, Alana and Kris who are both proud Chicago locals. These internet stars are also 2015’s Golden Kitty Award winners for their film, “Cat Behavior Explained.”

Those that want exclusive access to the beloved hosts, can purchase Pre-Show Lil BUB Meet & Greet tickets! These specialty ticket holders can enjoy an intimate hangout with Lil BUB and Mike Bridavsky, who star in the documentary Lil BUB & Friendz and Animal Planet’s Lil BUB’s Big Show. There, guests can take photos with the internet’s favorite feline, tell Lil BUB how wonderful she is and even get a print signed by Lil BUB! Pre-Show entry times for this are 11 am, 3 pm and 6:30 pm.

Lil BUB is a very special, one-of-a-kind cat. More specifically, she is the most amazing cat on the planet.

Discovered as the runt of a healthy feral litter in a tool shed in rural Indiana, she was taken in as a rescue when it was clear that she would require special care. Despite her “unique” look and numerous “deformities,” BUB is a healthy, happy cat living in the care of her “dude” Mike Bridavsky, who treats her like a queen. BUB has overcome great challenges, is a published author, a talk show host, a movie star, and has helped raise well over $100,000 for animals in need. www.LilBUB.com

After the success of their film “Catalogue” (Golden Kitty Runner-Up at CatVidFest 2013), Chicago filmmakers Alana Grelyak and Michael Gabriele launched CATastrophes, a comedy web series that celebrates the quirky antics of cats and their interactions with people. It frequently features adoptable cats from rescue organizations and has used both Tree House and Chicago Cat Rescue kitties as actors numerous times. The team has raised both money and thousands of meals in food donations for shelters through its work since 2013. It’s hosted by Alana Grelyak and Kris Flanagan, who have both been nominated for Best Actor/Actress awards for their work in the series. You can see all of their episodes at

Founded in 2006, Chicago Cat Rescue is a foster-based rescue group dedicated to helping cats in need through rescue, rehabilitation, and adoption, as well as educating our community on best practices for feline health and wellbeing. Since our inception, we have rescued and placed hundreds of cats and kittens into loving, adoptive homes. For more information: www.ChicagoCatRescue.org

Founded in 1971 when “No Kill” and “cageless” shelters were unheard of, Tree House continues to innovate. Recognizing that the needs of cats were overlooked in traditional shelters, and that sick and injured stray cats rarely got the second chance they deserved, Tree House carved out a niche and has since found homes for 20,000 animals and has sterilized and vaccinated more than 30,000 through our low cost spay/neuter program. Our Community Cats Program, Behavior Hotline, Pet Food Pantry, Education Outreach, Animal Assisted Therapy and Education Outreach Programs also help to reduce the number of homeless animals and promote the human animal bond. For more information: www.TreeHouseAnimals.org

In August 2012, the Walker Art Center (Minneapolis) planned a small experiment as part of its outdoor summer programming. What if there was an evening program dedicated to the Internet phenomenon of cat videos? Would anyone come to watch videos that they could easily view with a few clicks at home or work? How would this solo hobby translate to a public setting? Word of the program quickly spread internationally via social media and the press, resulting in more than 10,000 people attending Walker’s 2012 debut of the festival. The overwhelming success of the event has led to tours of the program with stops in New York,Oakland, Chicago, Hawaii, Portland, Ireland and Canada just to name a few! For more information, visit:www.WalkerArt.org 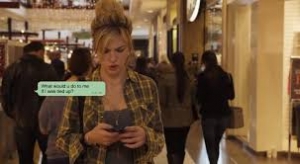 We have 341 guests and no members online