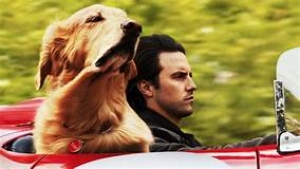 Award-winning children’s picture book teaches children to count to ten with the help of Gracie, the amazing golden retriever.

While caring for her aging parents, dog lover and first-time children’s book author Joan Harrison found a creative outlet in digital photography. Since her golden retriever Gracie was always at her side, Harrison used Gracie as a model as she honed her lighting and compositional skills.

A variety of greeting cards featuring Gracie followed, and Harrison soon envisioned a larger project. Since kids love dogs, and because canines are so beneficial in many areas of education and therapy, Harrison was certain Gracie would be "the perfect goofball star of a children’s book."

You Can Count on Gracie is the happy result. This uniquely imaginative journey through the land of one through ten offers bright, bold, humor-filled compositions alongside nimble rhyming verses that Harrison designed to "bring children and their parents together in laughter and an interactive learning experience as they discover how to count to ten."

From hats and carrots to books and fish to shoes and butterflies and more, Gracie stands at the ready to help children learn their numbers. Harrison quips, "A nose for fun and a sweet, smiling face – get ready to count with the amazing Ms. Grace!"

For its memorable combination of entertainment and education resulting in high quality rhymes, appealing humor, and eye-catching compositions, You Can Count on Gracie was awarded a Bronze Medal in the 2013 Independent Publisher Book Awards (IPPY) in the Children’s Picture Book category (ages seven and under).

AUTHOR: A graduate of Penn State University with a fine arts degree in print making, Joan Harrison has chosen digital photography to express her creative vision. Aside from her freelance photography work, she also performs as the banjo player and lead singer for the bluegrass band "Too Blue." She resides in upstate New York with her husband Brian, a sweet, sassy Pembroke Welsh Corgi named Rosie, a golden retriever puppy named Patsy, and of course Gracie.

New York, NY – Proving that bigger really is better, the American Kennel Club (AKC®) announced today that the Bulldog has muscled its way into the top 5, becoming the fifth most popular dog in the U.S. according to AKC Registration Statistics, bumping the tiny Yorkshire Terrier into sixth place for the first time since 2003. The Golden Retriever also pushed its way back to the top, overtaking the Beagle for third place, and Rottweilers continued their climb up the top 10 list by taking ninth place away from the Dachshund, both adding to the bigger breed trend. Labrador Retriever lovers have again spoken – the playful, family friendly breed remains the number one most popular breed in the U.S. for the 22nd consecutive year, tying with the Poodle for the longest reign in the top spot.

“Bigger breeds are making their move,” said AKC Spokesperson Lisa Peterson. “The popularity of the pint-sized, portable pooch just gave way to a litter of larger breeds in the Top 10. These predictable, durable, steady breeds, like Labs and Goldens, are great with kids and offer the whole family more dog to love.”

Most Notable Dog Trends in 2012 Include:

In addition, the AKC expanded its litter of recognized breeds on January 1 to include the Chinook and Portuguese Podengo Pequeno, growing AKC’s family to 177 breeds.

The American Kennel Club (AKC), proudly celebrates its 125th Anniversary in 2009. Since 1884 the not-for-profit organization has maintained the largest registry of purebred dogs in the world, and today its rules govern more than 20,000 canine competitions each year. The AKC is dedicated to upholding the integrity of its registry, promoting the sport of purebred dogs and breeding for type and function. Along with its nearly 5,000 licensed and member clubs and its affiliated organizations, the AKC advocates for the purebred dog as a family companion, advances canine health and well-being, works to protect the rights of all dog owners and promotes responsible dog ownership. Affiliate AKC organizations include the AKC Humane Fund, AKC Canine Health Foundation, AKC Companion Animal Recovery and the AKC Museum of the Dog. For more information, visit www.akc.org.

We have 780 guests and no members online