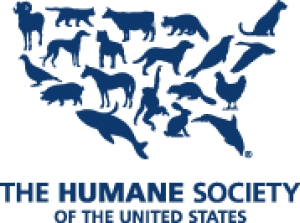 (March 12, 2012) ― The Humane Society of the United States, the nation’s largest animal protection organization, has ranked state laws protecting dogs at commercial dog breeding facilities and found that Virginia has the best anti-puppy mill laws, while six states fell at the bottom of the list. The HSUS reviewed laws regulating commercial dog breeding facilities and protecting consumers who purchase sick puppies to determine the best and worst state laws.

Virginia earned the top spot with the strongest protections for puppy mill dogs and for consumers who purchase dogs from pet stores. Pennsylvania, Oregon, New Hampshire and Washington round out the top five states. Earning the lowest scores are Mississippi, Kentucky, North Dakota, Idaho, South Dakota and Alabama.

“Several states have made great strides in recent years, protecting dogs and consumers from the abuse and cruelty that is prevalent among large-scale commercial breeding operations,” says Melanie Kahn, senior director of the Puppy Mills Campaign for The HSUS. “Too many states still allow these puppy factories to operate with minimal or no oversight, resulting in suffering for the dogs and families that purchase these often sick puppies.”

Virginia, Pennsylvania, Oregon, New Hampshire and Washington all made the top five because of their strong standards of care, regulation of both small and large commercial breeding facilities, and consumer protections. Virginia, Pennsylvania and New Hampshire all require unannounced inspections of commercial dog breeding facilities two times per year. Oregon, Washington and Virginia all prohibit anyone from owning more than 50 breeding dogs.

The laws in states earning the lowest ratings - Mississippi, Kentucky, North Dakota, Idaho and South Dakota - all lack oversight of commercial dog breeding operations, don’t require any basic standard of care, and do not provide any protection for consumers purchasing a dog from a pet store. In North Dakota, Idaho and South Dakota, animal cruelty is only a misdemeanor charge, not a felony crime as it is in 47 other states. Felony cruelty provisions in other states can help provide some protection for dogs at commercial dog breeding facilities if law enforcement agencies have the resources to investigate and enforce the anti-cruelty laws.

In 2011 HSUS experts and supporters helped to pass seven new state laws and regulations to crack down on puppy mills. Lawmakers in several states are considering passage of new laws protecting dogs and consumers in 2012.

In 2010 voters in Missouri approved Proposition B, also known as The Puppy Mill Cruelty Prevention Act, only to have their state legislature controversially supersede Proposition B by enacting legislation that stopped short of providing dogs with all of the protections the voters intended them to receive. The new law was strong enough to earn Missouri a sixth place ranking – an improvement over the old law, but weaker than the second place ranking that Proposition B would have provided had the legislature not interfered.

The HSUS is working with lawmakers to strengthen laws in states that need improvement while simultaneously reaching out to state agencies across the country to provide guidance or on-site assistance for dogs removed from substandard facilities.

States were assigned points based on key elements either addressed or not addressed in their laws, including: mandatory licensure, criteria for coverage, frequency of inspections, caps on the number of dogs an operator can keep, the standards of care mandated for each dog, consumer protection provisions, and the severity of penalties for violations.

Follow The HSUS on Twitter. See our work for animals on your Apple or Android device by searching for our “HumaneTV” app.

The Humane Society of the United States is the nation's largest animal protection organization — backed by 11 million Americans, or one of every 28. For more than a half-century, The HSUS has been fighting for the protection of all animals through advocacy, education and hands-on programs. Celebrating animals and confronting cruelty — On the Web at humanesociety.org.

Centennial, Colo. – August 1, 2011 – Blasting onto the silver screen with the intensity of its original release nearly 30 years ago, the pop culture phenomenon Scarface, starring Al Pacino and directed by Brian De Palma, returns to movie theaters in a one-night Fathom event on Wednesday, August 31 at 7:30 p.m. local time. Presented by NCM Fathom and Universal Studios Home Entertainment, audiences nationwide will get the opportunity to experience one of the most influential gangster classics ever made like never before — with all-new restored high-definition picture and enhanced audio. Fans who attend this special event will also get an exclusive look at a 20-minute special feature that showcases interviews with popular filmmakers and talent expressing how this epic feature redefined the gangster genre, leaving an enduring influence on cinema.

Tickets for the Scarface Special Event are available at participating theater box offices and online at www.FathomEvents.com. For a complete list of theater locations and prices, visit the NCM Fathom website (theaters and participants are subject to change). The Scarface Special Event will appear in more than 475 select movie theaters across the country via the new digital cinema projection systems.

“Almost 30 years after its initial release, Scarface remains iconic and stirs passionate responses from audiences around the world,” said Dan Diamond, vice president of NCM Fathom. “Now, fans can experience Scarface like never before in theaters with spectacularly updated visual and sound quality, and never-before-seen elements in an historic, one-night event.”

Scarface is a 1983 American crime drama and masterful collaboration between acclaimed director Brian De Palma and Academy Award®-winning screenwriter Oliver Stone. Produced by Martin Bregman, Academy Award® winner Al Pacino stars as Tony Montana, a Cuban immigrant who finds wealth, power and passion beyond his wildest dreams…at a price he never imagined. Scarface was nominated for three Golden Globe® Awards (including Best Actor, Best Supporting Actor and Best Original Score), and was named one of the Top 10 Gangster Films of All Time by the American Film Institute.

This one-night, in-theater event celebrates the first-ever Blu-rayTM release of Scarface on September 6 from Universal Studios Home Entertainment. Fans of Scarface will enjoy the restored high-definition picture and 7.1 audio plus see exclusive new bonus content that reveals the film’s iconic legacy as one of the greatest crime sagas of all time. For a limited time only, the Scarface Special Limited Edition Blu-rayTM comes with collectible SteelBookTM packaging, 10 exclusive art cards, a digital copy of the film and a DVD of the original 1932 Scarface, making it a must-own addition to every film fan’s library. And, for the ultimate collector and cigar enthusiast, an elegantly hand-crafted Scarface-themed humidor will also be made available in an exclusive, never-before-available, limited edition.