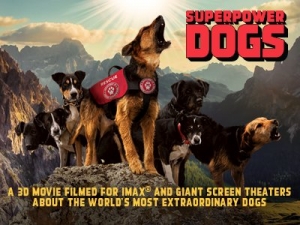 SUPERPOWER DOGS is an epic 3D live action movie for IMAX® and giant screen theaters about the world’s most extraordinary dogs who save lives and protect us from danger.

Cosmic Picture, the creative team behind Superpower Dogs, has launched a crowdfunding campaign on Indiegogo, the world’s largest crowdfunding platform, to raise US $50,000 for the upcoming giant screen family adventure Superpower Dogs. The campaign is off to a fantastic start with over 65% of the goal already reached within the first two days, and continues until Friday 21st October.

Filmed in 3D, and presented in association with the California Science Center in Los Angeles, Superpower Dogs tells the true story of a rookie puppy, a Dutch Shepherd named Halo, and her human partner, Fire Captain ‘Cat' Labrada, as they embark on a two-year journey to become an Urban Search and Rescue K9 response team with Florida Task Force 1, one of the world's most elite search and rescue organizations. Along the way Halo will meet a diverse cast of heroic working dogs with amazing abilities including avalanche rescue dogs in the Canadian Rockies, Bloodhounds saving elephants and Rhinos from poachers in Northern Kenya, and a Golden Labrador called Ricochet who heals people suffering with autism by surfing with them. The contributions on Indiegogo will be used to film Cat and Halo's journey as they discover if Halo has what it takes to become a Superpower Dog and save lives in a disaster.

All fans that contribute to the campaign will have access to exclusive and limited edition perks such as Superpower Dogs branded dog tags, t-shirts, collars and leashes, set visits and even the chance to be a background character in the movie or have your dog’s picture on the giant screen during the end credits.

Cosmic Picture, the makers of Superpower Dogs, will donate 20% of the Indiegogo campaign profits, and 20% of the profits of the film itself, to working dog organizations around the world, such as: The Lewa Wildlife Conservancy in Kenya, The Canadian Avalanche Rescue Dog Association, The National Disaster Search Dog Foundation in California and The Penn Vet Working Dog Center.

For more information on the campaign and to contribute, visit: www.igg.me/at/superpowerdogs

Cosmic Picture seeks to make the most compelling cinematic experiences possible and to change people’s perception of the universe in unexpected ways.

The California Science Center is a dynamic destination where families, adults and children can explore the wonders of science through interactive exhibits, live demonstrations, innovative programs and awe-inspiring films.

For more information on the California Science Center, visit

Giant screen and IMAX® films are photographed with the highest resolution cameras and projected onto the largest screens on earth to create a unique and unforgettable immersive experience. Located in hundreds of the world’s most influential educational institutions, such as the Smithsonian in Washington DC, La Geode in Paris, and the California Science Center in LA, giant screen and IMAX® films are amongst the most successful documentary films of all time.

Indiegogo empowers people around the world to fund what matters to them. As the largest global crowdfunding platform, campaigns have launched from almost every country around the world with millions of dollars being distributed every week due to contributions made by the Indiegogo community. Indiegogo is an open platform dedicated to democratizing the way people raise funds for any project – creative, entrepreneurial or cause-related. The company was launched in 2008 and is headquartered in San Francisco, with offices in Los Angeles and New York. 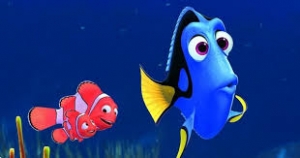 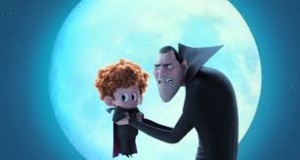 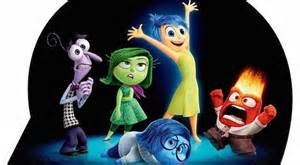 X Men: Days of Future Past 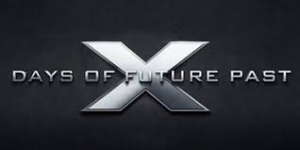 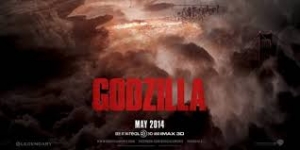