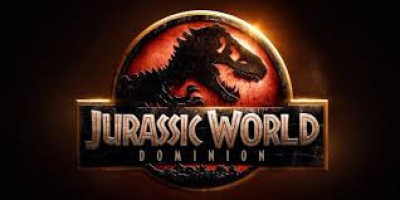 Movie Review by Jon Patch with 2.5 out of 4 Paws

It’s four years after the destruction of Isla Nublar and the dinosaurs have been living all over the world along side humans and animals known to man in the present time. Yet one would wonder, if man in more years to come will reign on the top of the food chain or will they eventually become the bottom.

Maisie Lockwood (Isabella Sermon) heir to the Lockwood estate and also the key to solving life’s current problems. She lives with her acting parents Owen Grady (Chris Pratt) and Claire Dearing (Bryce Dallas Howard) mainly because if scientists found her, they would study her like an animal in a cage. But staying in hiding doesn’t last for long since Maisie has been sneaking into town alone. It seems the CEO of Biosyn Genetics Lewis Dodgson (Campbell Scott) wants Maisie for his own reasons and hunts her down kidnapping her to a huge guarded corporation to be a test animal by Dr. Henry Wu (BD Wong).

So, the movie plot comes together as Ellie Sattler (Laura Dern), Alan Grant (Sam Neill) and Ian Malcolm (Jeff Goldblum) all find their way together in a sub-plot to finding locust DNA at Biosyn in hopes of saving the world food source. Yet Owen and Claire with some help from a new friend Kayla Watts (DeWanda Wise) are out to rescue Maisie and also the baby velociraptor that Blue gave birth to which was also kidnapped by the bad guys working for Dodgson. The journey of both groups eventually brings everyone together to fight for their survival against the dinosaurs and the greed of modern man with their money hungry corporations.

I liked the movie because I am a huge Jurassic franchise fan but all that aside there are issues with this supposedly last edition of the franchise. The score is fantastic and the cinematography and CGI of the dinosaurs and the forests surrounding them in the film is brilliant. I actually like that the film runs long but there are many moments that the director and writers lost their way. Some scenes were just hokey in a way that there is no possible way a person would live to tell their story another day. I felt a lack of chemistry between Claire and Owen but almost too much between Ellie and Alan. I can’t say I like all the cliche moments built into the film from the first film. You’ll know what I mean when you see the film. Yet the dinosaurs in battles or just hunting for prey was absolutely superb even more so than the real humans in the film. I did love Beta (baby Blue) and the parent child relationship between them plus the fact that there was a moral to this story that maybe humans should learn by but I’m sure they won’t!

Pratt does his role justice and takes the punches as them come. Howard, I thought was off in this chapter sometimes but especially in the chemistry between her and Pratt. Dern was a bit overacting and Neill kept giving those cliché head moves and smiles that eventually become too much. Goldblum has his usual levity but this time it did not come across well. Sermon actually did a great job in the film as does Mamoudou Athie and overall Wong as well. I’m a fan of Scott but he was not the top choice for a bad guy since he whined more than a baby for its rattle. There are many supporting characters some new and some old from other Jurassic films all of whom help the story move at an interesting pace. Don’t get me wrong if you’re a dinosaur fan you will love this film that has many old and new and ones with feathers but when it comes to several scenes with the cast there are several weak spots. Overall, even though humans caused havoc on earth in the end there is a very enlightening moment of hope for all species on earth. If you like animals and of course animals than you will like this story since they are the ones that really do an awesome job on the big screen, the actors took second row.

More in this category: « Top Gun: Maverick Lightyear »
back to top

We have 409 guests and no members online