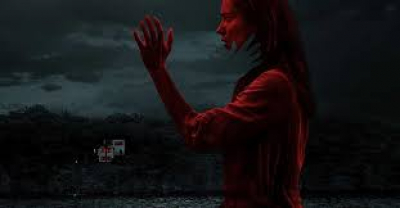 Movie Review written by Jillyn Sidlo with a rating of 2 out of 4 paws, rated R and 108-minutes with a theater release of August 20, 2021.

Animals in Film: None

The Night House was a true let down. Directed by David Bruckner

A film about a widow who begins to uncover her recently deceased husbands disturbing secrets.

I had (and the entire audience) a very hard time following any clear story line. It started out with great intentions but the story had so many holes in it that by the end I cocked my head to side like a confused puppy and said "WHAT". The only saving grace to the film was that the lead actress Rebecca Hall actually carried the film on her own with her close up not so suspenseful or intriguing close-up shots of supposed fear. Nothing was ever clear as to the husbands’ intensions of why he murdered all the look alike women...you saw their ghosts...Were they sending a sign? You saw her find the bodies, but did the murders get solved my anyone knowing other than her one freaky night with a supposed entity that wanted to regain her soul from avoiding death at an earlier time? "Again What".? And the neighbor and best friend who were supposedly looking out for her best interest were weak at best. Would have like to see more of husband in movie played by Evan Jonigkeitt, who I've seen in other films and really like his work...He doesn't even speak in this film.

Glad I was critiquing and did not pay for this film because it was really a disappointment to fear lovers like me!

More in this category: « The Protege Candyman »
back to top