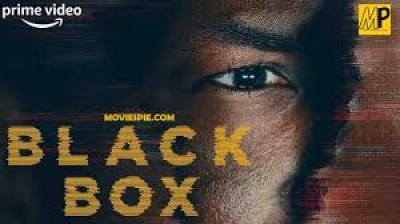 After a tragic car accident in which Nolan (Mamoudou Athie) loses his wife Rachel (Najah Bradley) he is not only left to recover from brain damage but must raise his young daughter Ava (Amanda Christine) alone. But something is noticeably wrong when Nolan, he seems to forget many things, continues to have nightmares and feels disconnected from his daughter and best friend Gary (Tosin Morohunfola).

Gary being a doctor at the local hospital recommends that Nolan take part in some experimental but proven neurological work created by fellow doctor Lillian (Phylicia Rashad). Once accepted to work with her Nolan begins to see things more clear but they are not involving what he believes should be his life but rather that of a man named Thomas (Donald Elise Watkins) and a woman named Miranda (Charmaine Bingwa) and her child Ashley (Nyah Marie Johnson). As the therapy increases so does the confusion within Nolan but eventually he has no choice but to face his demons and the reason why he feels he’s molding into another life other than his own.

I enjoyed the film but at one point I felt it needed a bit more suspense basically within the middle of the story since the ending his definitely climatic. Good direction and writing that deals with a small cast the story has several twists and turns to keep you intrigued and guessing.

I found Athie to be a bit one sided even though he was dealing with two by that I mean his expressions did not seem to change from one twist to one turn. Christine was actually a breath of fresh air and definitely held her own in this role as Nolan’s daughter. Bingwa and Johnson are a major part to the story and seem to play the parts well especially Bingwa. Rashad is a main character and brings some depth while Morohunfola brings good looks but it is the discovery of Thomas played nicely by Watkins that creates major emotional suspense. Overall, not an award-winning movie but it will keep your attention for movie night.

More in this category: « The Hunt Evil Eye »
back to top

We have 711 guests and no members online