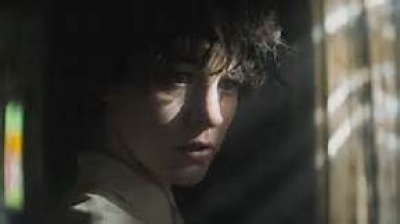 The story opens with a young woman in Tangier standing over a man with a gun pointed at his head. Eight months earlier in London this same young woman, Stephanie Patrick (Blake Lively) is lying on a bed watching videos of her and her family. High on drugs, working as a prostitute Stephanie is mourning the loss of her entire family in a plane crash. When a gentleman called Proctor (Raza Jaffrey) shows up in her room it isn’t sex that he wants but rather an interview with her about the plane crash of which she does not comply. Later when she seeks out Procter she begins to find herself in a world of terrorism and secret agents.

With the help of Proctor who has been following the lives lost in the crash Stephanie discovers the crash was caused by a bomb on board the plane and she vows to find those responsible and kill them. Upon her journey she comes across an agent (Jude Law) who takes her under his wing, cleans her up and teaches her how to fight, shoot and kill. The one thing is it is always easy to kill but living with it is the hard part. With some financial support from Suleman Kaif (Nasser Memarzia) and his wife Alia (Amira Ghazalla) who lost a child in the crash they fund Stephanie who takes on the name of a dead woman to find the people responsible for the deaths of so many innocent travelers.

England to Madrid, Tangier to New York, Stephanie with the help of a retired agent (Sterling K. Brown) is on the search for U17 and the others involved in the terrorist act which killed her parents and two siblings. Pretending to be someone else was her plan to seek assistance from others as well as make it possible for her to make the kills.

The film actually plays long meaning slow. It is oddly written at times which makes some moments a bit confusing and awkward. The direction isn’t bad but the editing is a bit loose since I noticed a couple of bloopers left in the film. I liked the songs that were played in the film but I thought they were strangely placed in the scenes. Apparently the Film was trying to relate the words to the moment of the scene but it just fell flat in my view. Maybe if they were just instrumental it would have sounded better and not misplaced. There is some great cinematography in the film and some action but not enough to keep the story moving.

I’m a fan of Lively and you can see she was trying hard to play the bad girl but it just seemed a bit off key as she plays the innocent girl turned secret agent all for a good reason but just not enough to be convincing. Law performs well but I never really got to know exactly who he is other than a mystery man. I did like the performance by Brown but I also found his open whereabouts in the story to be a bit strange considering he must have made enemies in his career. The rest of the cast are well acted as supporting members but they tend to come and go quickly. Overall I liked the story somewhat but not enough to watch it again. There were some parrots and livestock in the film of which none are portrayed badly other than their somewhat natural selves.

More in this category: « The Gentlemen The Call of the Wild »
back to top