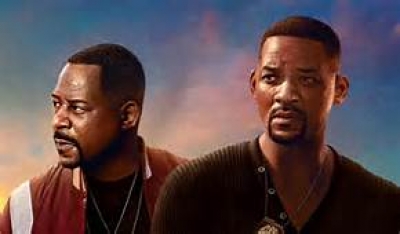 Detective Mike Lowrey ( Will Smith) is still working the Miami streets with his partner Detective Marcus Burnett (Martin Lawrence) but time has taken its toll on them both since Bad Boys 2 so many years ago. Mike is still working out and looks pretty good but his moves although still better than most are starting to slow down as his age continues to speed up. Marcus is a new grandpa, married and ready to retire and spend more time with his new grandson and family.

Meanwhile in a Mexican prison Isabel Aretas (Kate del Castillo) has just escaped and while hiding out in Mexico City she has one thing on her mind which is to reach out to her cartel son Armando (Jacob Scipio) to seek revenge on everyone involved with the death of her husband and for sending her to prison. So with several targets on her list the final one she intends to have killed by Armando is Mike the officer who turned her in to the law.

After one major attempt to kill Mike, Armando is not going to stop until he makes his mother happy and Mike is not going to stop until he finds out who is trying to kill him. This time though Captain Howard (Joe Pantoliano) told Mike he can’t go it alone without someone on his side especially since Marcus would not get involved so he was assigned to work with a new division of the law called AMMO as a consultant, run by Rita (Paola Nunez) and her crew Kelly (Vanessa Hudgens), Rafe (Charles Melton) and Dorn (Alexander Ludwig). But when the times got rougher Marcus decided to get tougher and joined Mike one last time as the Bad Boys.

In a climactic ending of an eye for eye bewitching fight to the death the truth is revealed lives are lost and some are saved but either way thankfully all questions are answered, wait through the credits and this third version of the franchise really kicked some butt.

I loved the movie and it kept me on the edge of my seat throughout but also had me laughing in all the appropriate places. Yes the main characters have moved into the AARP category but the excellent writers have adorned us with some new players now and for the next version later. Nice job by the directors and a great score along with some phenomenal chase scenes and fights this film covers so many bases to rock at the box office on opening weekend and longer. There is an animal scene which of course has its purpose but it does paint a bad reputation once again on the Pitbull breed.

I am a huge fan of Smith and once again even though many times he got his ass kicked he is still a film audience favorite. Lawrence has grown out a bit and even though he used the vomit moments almost too often he still is able to support the main lead Smith quite well. I liked del Castillo and her witch-crafted character but at times I felt she was over-done. Look out ladies Scipio will melt your heart as the bad guy with a hidden secret that not even he knows what it is. Pantoliano plays his role into a heart attack almost and Nunez and her trio of AMMO characters are great supports to the main characters as well as to the next Bad Boys a second life to come out in the very near future, let’s hope so at least!

More in this category: « Dolittle The Gentlemen »
back to top

We have 326 guests and no members online