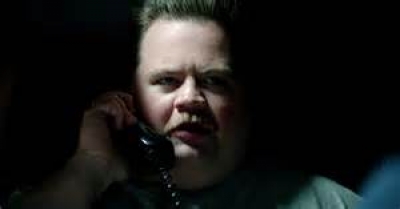 Richard Jewell (Paul Walter Hauser) started out as a supply clerk in Atlanta, 1986, but has always wanted to work in and be acknowledged for excellence in law enforcement. He has tried his rounds in college security but after being fired from the Dean of the college Richard moved on to security at Centennial Park for the 1996 Olympics.

On July 27, 1996 in the midst of the Olympics at Centennial Park Richard was doing his job always on the lookout for suspicious behavior or items. Kathy Scruggs (Olivia Wilde) was working that night as a reporter for The Atlanta Journal and Tom Shaw (Jon Hamm) was on duty with the FBI along with a number of police, stage hands and entertainers for the evening. It was not until Richard stumbles upon a backpack left under a bench does he think something is peculiar and he calls on the bomb squad to investigate. A call came in to local authorities that a bomb is in Centennial Park and they have 30 minutes until it detonates but no one was aware of the timing only that the backpack did indeed contain a bomb. Authorities including Richard tried to clear the area but before they could the bomb exploded.

Richard was called a local hero for saving lives that day but after a slimy reporter slept her way with an FBI agent for information the whole world became aware that Richard the hero was now Richard the suspect. Richard and his mother Bobi (Kathy Bates) are now in hell as the media, police and the FBI are out to prove him guilty. There is one man that Richard knew from his past that could help, attorney Watson Bryant (Sam Rockwell) and his assistant Nadya Light (Nina Arianda) who took on his case to prove his innocence. Richard’s past was surely not helpful in proving his innocence and of course the fact that he could not keep quiet didn’t help either. Yet in the end, Richard, still the character he always was found a bit of strength to fight with the help of his lawyer to take on the FBI, cop to cop.

I loved this movie. It is excellently directed and written with one liners out of Richard’s mouth that will have you feeling sorry for him or laughing out loud. A good score and an intriguing story that will leave you agreeing and disagreeing all lead up to a must see film in the theater. Hauser I heard had no prior acting experience true or false he is awesome. I love Rockwell and once again he does not disappoint. Wilde is a great representation of a story hungry reporter and Hamm the perfect example of an FBI agent more interested in conviction than the truth. As for Bates she was true perfection as the mother any son would be proud of, even Richard.

More in this category: « A Hidden Life Jumanji: The Next Level »
back to top

We have 324 guests and no members online