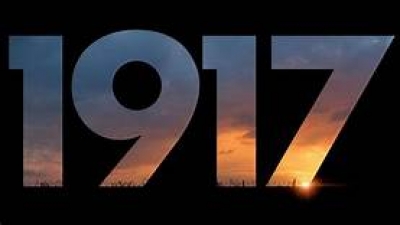 On April 6, 1917, two young soldiers during the First World War, William Schofield (George MacKay) and his friend Tom Blake (Dean-Charles Chapman) were given orders to get an urgent message to another platoon located on the other side of enemy lines. If the men do not reach the other side by dawn then 1600 men which includes Tom’s brother Lieutenant Blake (Richard Madden) will all be killed while entering a planned trap by the Germans.

Along their journey they crawl and climb over dead bodies some being eaten by rats, dead horses covered in swarms of flies, trenches of mud, water and bodies as well as areas of barbed-wire. Although both men are on a course of action to save others their own lives are at stake as the men wonder through a graveyard of dead. They know their only option is to kill or be killed but when their sense of humanity steps in and takes over their minds that one option seems to be a second thought. This war is brutal and the only way it seems that it will stop is when the last man is standing. Yet for the men in war they understand that no man should die alone and the best outcome is that they are able to return to their families. In the end though, not all soldiers have that opportunity of making it home alive or dead.

This film is brilliantly written and directed as the audience not only experiences the power of a war fought in the early 1900’s but the incredible journey of two men out to save hundreds of soldiers before it’s too late. The cinematography is truly incredible especially during a scene as one soldier unarmed runs through a field of explosions. You can feel his pain, his fight not only for survival but to deliver an important message to Commander Mackenzie (Benedict Cumberbatch) before more men are killed by Germans. What is so important in life that countries must go to war in order to achieve satisfaction? Why can’t people and countries in the world just get along with one another? Is it the political figures that create wars for protection or for greed and power? I had the pleasure of watching this film in Dolby and when each bomb explodes, each gun is fired in the audience we feel the pressure within our seats as they rumble in the theater as if you’re in the war yourself. Mendes does not disappoint in this war picture which is both informational as well as entertaining. It has a great cast but of course with Chapman and MacKay as the leads both men especially MacKay do not disappoint. There are many scenes of death and many that include animals both dead and alive.

More in this category: « Knives Out Queen & Slim »
back to top