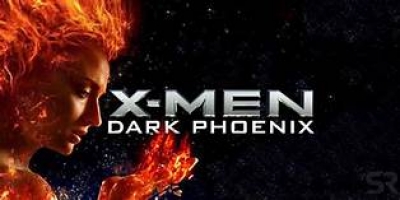 In 1975 a young Jean Grey (Summer Fontana) was traveling with her parents when suddenly Jean screams and their car collides on the highway with another vehicle. Born with special powers and nowhere to go Professor Charles Xavier (James McAvoy) takes her into his school for gifted children, members of X Men.

Its years later and NASA has sent the Endeavor into space but not without complications and the only people that can possibly help them is the X Men. Mystique ‘Raven’ (Jennifer Lawrence), Jean Grey (Sophie Turner), Beast ‘Hank McCoy’ (Nicholas Hoult), Quicksilver ‘Peter Maximoff’ (Evan Peters), Storm ‘Ororo Munroe’ (Alexandria Shipp), Nightcrawler ‘Kurt Wagner’ (Kodi Smit-McPhee) and Cyclops ‘Scott Summers’ (Tye Sheridan) were all on board in hopes of bringing home the astronauts safe and sound but when something goes wrong it is Jean that finds herself in a war against a huge solar space flare.

Back on earth Professor Charles Xavier is explaining to Raven that as long as they continue to do good deeds with the human population then peace will continue. Raven is unhappy at the school and is feeling like she is no longer living her life. In another part of town an alien species has landed taking the identity of people they come across and their leader ‘Vuk’ (Jessica Chastain) is out to take control of Jean Grey and the powers she received from the solar occurrence in space. Vuk knows if she can do so she can take over earth and control the universe. Back at the school the kids have been referring to Jean as the Phoenix that has risen and saved several lives. Yet something is wrong and Jean I having trouble controlling her new found powers and when she finds out she has been lied to by the Professor she goes off the deep end killing one of the X Men. Jean is out of control and the professor knows she needs help, Scott is still in love with her and Hank wants revenge on her.

Jean seeks some help from Magneto ‘Erik Lehnsherr’ (Michael Fassbender) but when he eventually finds out what she did in a battle with the X Men he wants her killed. In a battle to the end between three different parties a transfer of power takes place most of the gifted are captured by police and being transported to jail by train along with a captured Jean. In a final fight to a bitter end it is emotions that make Jean strong and able to make a decision between right from wrong.

As I was leaving the screening several critics I heard saying they hated this film but I find myself more on the like side. It does have some flaws here and there but I did like the story line and the balance of action throughout the story. Directed well with some great dialogue the film kept me involved for 2 hours even though thanks to allergies I was hacking up a lung sometimes. There are a few scenes I may have left on the editing floor but overall they were ok. I would have liked to learn more about these ugly aliens that came to earth but the writers did not offer much. A good balance of action and words along with some great special effects and I believe this story will keep you entertained because overall I liked it.

Turner does a nice job as the Dark Phoenix but there were one or two times I felt she kind of dropped character between good and evil. Lawrence, McAvoy, Fassbender and Hoult were all spot on but I felt that Chastain was a bit flat. Yes I know that is the character I guess but a bit more life into her body would not have hurt the film and I know she’s an incredible actress so I blame the director. Peters, Shipp, Sheridan, Mit-McPhee I felt all brought their A game to the table and helped move this rendition to a decent conclusion. There are several animal like creatures in the film and a dog that does not live for tomorrow otherwise not a lot of the furry kind except for X Men in this story.

More in this category: « Godzilla: King of the Monsters Late Night »
back to top

We have 359 guests and no members online