The Best of Enemies Featured 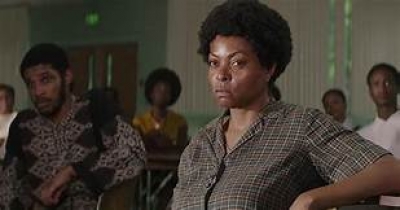 The Best of Enemies

Heart wrenching yet heartwarming this movie is a true story set in Durham N. Carolina in 1970 about civil rights activist Ann Atwater (played by Taraji P.Henson ) and an exalted Cyclops of the Ku Klux Klan member C.P. Ellis (played by Sam Rockwell) fighting over the issues of school integration.

Director Robin Bissell wrote and directed this complicated story of two individuals and their personal triumphs and down falls as they play out their journey of this symbolic tale between whites and blacks.

Miss Ann Atwater is heavy into activist rights of the time fighting an uphill battle against the KKK and its political connections that constantly nip any progress before it can be made. CP Ellis loves his family but hates blacks and feels that he and his rights always matter more than that of others refusing to believe in equality.

When things go to council to develop the separate sides finding a way to agree it was interesting to witness the process and form of a Charrette to allow fairness between the two sides and how they came together. I felt a lot of audience verbal participation during this film as they commented allowed to different situations that were sometimes comical but many times so very sad and frustrating. I personally found this film to be very eye opening and educational and would recommend it as a good film to engage one’s mind as to the reality and how the fight for integration in America has progressed.

People will always believe what they choose to believe but standing up for ones rights is never an easy battle especially when it involves different races and the understanding that we are all one and as our world progresses through time that we must all work together as one.

There were no animals in this film.