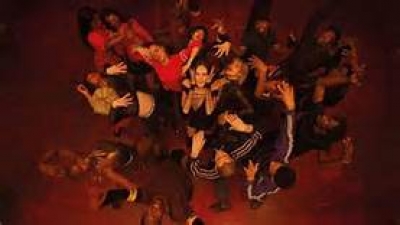 In the beginning of the film the music was cool and the dance was pretty awesome but when the partying began the film takes a toll for the deep end. There are many ways the film could have went as it touches on the verge of a horror film but the horror ends up being the group themselves within their own minds. Not knowing who spiked the sangria with drugs the gang goes on the war path pointing fingers at each other. The story literally turned into a crazy psyche ward and everyone is insane with no one to watch over them. This film is truly a great reason never to do drugs and if you decide to see it you will realize why! In the end as the gang partake in sex, dance, fights, arguments, incest, fires, overdoses, hatred and some love several die and some live but all are forever affected in one way or another.

There are several holes in the story and at times I thought the culprit would be found but was he or she? I thought for as strange as this film is the director/writer had an idea that was interesting but it could have been more suspenseful and dramatic rather than insane if he choose a different path. I want to say the film had potential but in my opinion lost it in the world of drugs, craziness and the lack of any dialogue. For some this film may be right up their alley but not so much for me. I would have rather it stayed on the dance and music direction than drugs, paranoia, profanity and sex. Several of the dancers overall are good with some not so much but the acting was pretty decent although letting yourself go like you’re on an acid trip is not necessarily going to gain you an Oscar. I will say thought that Boutella has potential to move on to bigger and better films and hopefully she does. I personally have never done drugs but if this is what it’s like I never will

More in this category: « Captain Marvel Gloria Bell »
back to top