On the Basis of Sex Featured 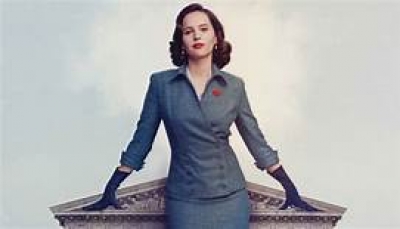 It is 1956 and groups of men are entering the halls of Harvard Law School, Ruth Bader Ginsburg (Felicity Jones) looks around to see only three women including her within the room to hear the welcome speak by Dean Erwin Griswold (Sam Waterston). It seems Erwin only knows how to address a Harvard crowd as men especially since women were only allowed in law school since the last six years. The lack of attention did not continue by Erwin but rather during the evening dinner he had some choice words for the women in the crowd but leave it to Ruth to fight back respectfully. Well sort of respectfully, more so rightfully!

Back at home Ruth is married to Martin (Armie Hammer) and they both attend Harvard and are raising a young daughter named Jane. When Martin becomes stricken by cancer and given five percent chance to live Ruth does everything in her power to raise a child, take care of her husband and still attend school for Martin and herself. In 1959 with a degree from Harvard and Columbia Ruth and the family leave for New York City where she desperately tries to enter into a law firm but every firm is run by men and women are far from in demand.

In 1970, Ruth is a Professor at the School of Law, Newark where she teaches a diverse group about the discrimination on the basis of sex. She and Martin now have 2 children, Jane (Cailee Spaeny) is grown and in high school and young James (Callum Shoniker). Ruth reaches out to her old friend Mel Wulf (Justin Theroux) at the ACLU to help her take a case to court on tax law discrimination on a man. If she can win this case it could help her in fighting all the other discrimination laws on the books. It is said to change minds first then change the laws and that is all part of her attack when representing this case with her husband in the Denver circuit court against some familiar faces from Harvard. If her case is won it could change the traditionalism of family moving forward. But isn’t the world always changing and evolving on its own? Sometimes though it may need a push! For Ruth and this special tax law case with client Charles Moritz (Chris Mulkey) if she loses she can set back women for years. As for Ruth Bader Ginsburg she has always fought for what is right especially on the basis of sex being unconstitutional.

I loved this intelligent and intellectual movie that is both filmed and especially written brilliantly. It is inspired by truth but I’m uncertain if some cases were exaggerated for the big screen. Either way if they were or not this film is a pure delight. I only wish they elaborated a bit more on Martin’s condition since after the announcement of his illness it seemed to be given very little attention on screen. A good score and some great photography and wardrobes throughout the time changes all help make this film worth seeing. Jones and Hammer are both phenomenal in their roles and play off each other quite well. Theroux adds a bit of energy during his time on the screen as does Spaeny and Bates but it is Waterson and Stephen Root who we tend to hate since their characters are pretty evil and uncaring to the opposite sex. For two hours I was purely entertained and educated with thanks that all men and women have come a long way since then. So hopefully under current political rein we the people don’t revert back to old ways. Remember it says all men are created equal well that includes the letters “wo” as well. In June of 1993 Ruth entered into the Supreme Court with a vote of 96 to 3 senate confirmed.