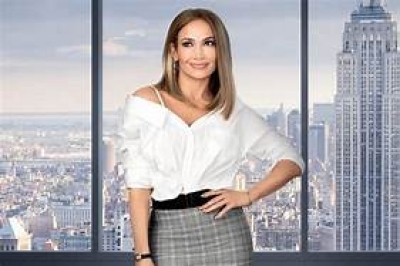 So have you ever been denied for a promotion or lost a job because you never went to college. Well, Maya (Jennifer Lopez) while working at Value Shop experienced this issue first hand. She is most of the reason why the store is doing so well mainly because her education is from working with the customers and knowing exactly why they buy or don’t buy products. This is something I’ve been saying for years! Many people have no idea what they are buying they look at a pretty package or something that says green friendly and they buy it. But, do they really know what they’re buying? No! Well, mostly any way! These days’ people are starting to catch on and finally starting to read the labels and what they thought they were buying is not what they are getting. As for Maya when she finally is fed up working at Value Shop for fifteen years she quit, under the recommendations of her best friends, Joan (Leah Remini), Suzi (Lacretta) and Ant (Dierdre Friel). It’s Maya’s birthday and she’s turning forty and it’s time for a change but a breakup with her longtime boyfriend Trey (Milo Ventimiglia) was not the idea.

It turns out that Joan’s older son not the youngest who loves to curse took the opportunity to make up not only a fake resume for Maya and send it out to businesses but also a very fake Facebook page. It worked though and Maya soon landed an interview on the upper floor of F&C, Franklin and Clarke, with the owner himself Anderson Clarke (Treat Williams) and his daughter through adoption Zoe (Vanessa Hudgens). Oh with a Cinderella resume like hers how could things go wrong? Well it does because she took the position as a Consultant of skin care products old and new. Zoe happens to be Vice President of Global Skin Care and challenges Maya to a contest, Zoe must make a better product and show a profit and Maya must make a new product with an even better growth profit. The race is on but while doing so each of the women has a staff to work with for the next three months. Zoe has Hildy (Annaleigh Ashford) the brown nose executive want to be, Ron (Freddie Stroma) the man everyone hates and Maya has Chase (Alan Aisenberg) the cat researcher and Ariana (Charlyne Yi) the assistant afraid of heights.

Throughout the days at work Maya experiences a life most people won’t experience on their job, country club and boat races, a city apartment with credit cards plus so much more supplied by F&C. But as time continues for Maya her lies get deeper and some secrets get revealed about her younger days. Zoe and Maya experience a once in a life time bond and Joan gets even deeper into Maya’s life helping her to carry on. Fate does have a way of working things out but the twisted truth based on lies always have a way to surface one way or another. In life, love and happiness the only thing that’s stopping you from achieving your own goals is you.

I loved this film and laughed quite often thanks to Lopez and a great cast of characters. Grant it there are stolen moments from other films that made it on the big screen but originality is difficult to find anywhere in Hollywood these days. Unless you’re filming a biography! But Lopez doesn’t disappoint she once again brings inspiration, levity, real feelings to her new character and “Second Act”. Great music along with some memorable back-drops in NYC all come together to make a great story. I did notice one blooper though in the beginning they show NYC and in the back side of the city I noticed the World Trade Centers but in a later scene there was the new tower with no change in the lapse of time.

Lopez once again does not disappoint in this newest role bringing out emotions appropriate to every scene no matter what personal drama she encounters. Hudgens is a good counterpart for Lopez and they play well together but the best partner in every scene she is in is Remini, spot on from start to finish. Yi and Aisenberg bring a lot of the humor while Ventimiglia and Hudgens bring the drama. As for Williams he is perfect for this role as are many of the supporting characters that make me willing to sit through this film again and again. It’s light-hearted, real and just plain fun and should do extremely well this holiday season at the box office. There are a number of cats in the film but as for the depiction of the white doves I’m sure the producers will be hearing from PETA.

More in this category: « Aquaman Vice »
back to top