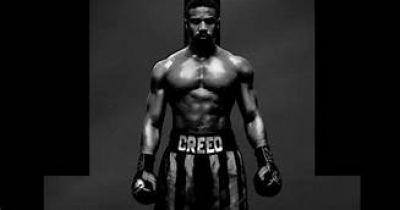 In Kyiv, Ukraine, Viktor Drago (Florian Munteanu) is training under the tutelage of his father Ivan (Dolph Lundgren) filled with fury and betrayal from the one woman in their lives Ludmilla Drago (Brigitte Nielsen) who left them for someone else. Meanwhile in the United States Adonis Johnson (Michael B. Jordan) is fighting for the title of heavy weight champion of the world. Soon thereafter Donny is on one knee asking for the hand of his girlfriend Bianca (Tessa Thompson). Thanks to some wonderful tips from his trainer and friend Rocky Balboa (Sylvester Stallone), Bianca says yes! Rocky spends most of his time at his restaurant Adrian’s, named after his late wife of course.

Donny and Bianca go to visit his mother Mary Anne Creed (Phylicia Rashad) with news that Donny has taken the challenge by the Russians Drago to fight the fight of all fights. Since in 1985, Apollo fought Ivan and not only lost the fight but his life as well. When Donny starts to tell his mother the news about the fight she thinks it was some other news which in turn ends up mom was right about what she thought and was later informed about the upcoming fight. Rocky is against it so as for him training Donny he is out but Duke (Wood Harris) is in to take over and get Donny ready for the upcoming fight against Viktor. When the fight begins the fight soon ends but thoughts of a rematch are not far away for the Russians.

On the other side of life for Rocky he realizes he has not been there for his son Robert (Milo Ventimiglia) let alone his young grandson Logan (Robbie Johns) who happens to look just like Adrian. In regards to Donny he struggles with his failure, family and his inner demons that is until Rocky decides to step in and coach him again in a rematch between Adonis and Viktor but this time in Russia. Rocky’s motto to Adonis is to give pain, take pain, but will he win? That is truly the big question and an answer Adonis will have to live with forever.

Once again a great movie starting Stallone and Jordan but I lacked to give it a perfect score because it was not as good as the first Creed. It dragged a bit I guess due to it being so long and to me it lacked a perfect amount of training and fights. It seems there was more down time then up but still overall it is absolutely a must see story accompanied with a great score and some perfect acting.

Stallone and Jordan are superb with Jordan owning this film for sure. Thompson grew on me from the beginning but by midway I was convinced that she was a good match for Jordan. Lundgren actually got to show off some true acting abilities and he pulled it off. Munteanu does not speak much at all except for the occasional grunt and moan but his physique and fighting power speak for their own as does Jordan’s. Rashad is good family support but Ventimiglia and Johns have only cameo roles of which I would have loved to see more of their interaction with Grandpa Balboa. In the end, this is truly one great film to see on the big screen and deserving once again as with its prequel of some Oscar attention.

More in this category: « Ralph Breaks the Internet Mary Queen of Scots »
back to top

We have 563 guests and no members online