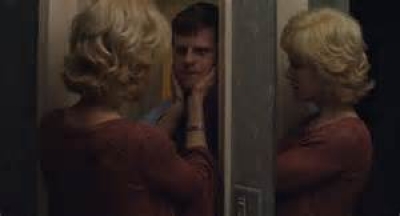 Every parent loves to watch their child grow up and they wonder sometimes who they will marry, how many children will they have and what kind of work will they do. A young child is so innocent and they grow to learn life from the people and places around them but for Jared Eamons (Lucas Hedges) his life took a turn quite different than what his parents imagined. His father Marshall (Russell Crowe) was a preacher and his mother Nancy (Nicole Kidman) a housewife and they both love their son very much.

Jared had a girlfriend, Chloe (Madelyn Cline) that lived in the neighborhood but on that one night when she expected more Jared was unable to perform. They eventually broke up and when Jared started school at Danton College several things have changed. He met Henry (Joe Alwyn) who forcefully had intercourse with him and later called his parents to tell them that Jared was gay. Jared had also met Xavier (Theodore Pellerin) at his art show and later that night sleep with him for the evening.

Marshall being the town preacher in a small town of Arkansas was familiar with all the members of his clergy and he could not face the thought of his son being gay. Soon thereafter Jared was sent to a conversion therapy facility where he met several other boys and girls around his age of 18 sent there by their parents as well. The sessions each day were run by Victor Sykes (Joel Edgerton) and the experiences Jared and the others went through were beyond words. Jared found his voice and stood up for what he believed but for one other it was too late. Thankfully though for Jared a mother’s love did not go unnoticed which gave him more strength to truly be the man he was meant to become. Four years later in New York Jared became the writer he wished to be and what do you think he wrote about?

I enjoyed the film because of its content which made me understand even more how conversion therapy is so ridiculous and dangerous. Parents need to understand it is the child’s life and the path that was chosen by God or whatever higher being. Homosexuality is not a choice and to put a child through such torture is not what is best for the child but more so what the parents want for themselves so as not to feel ashamed or that they did something wrong. They are selfishly doing what they want and not thinking of what their son wants. It’s hard to believe that conversion therapy exists in 36 states still and hundreds of thousands of children have entered into those walls. You can’t fix what isn’t broken! If you believe in God you will love God, God will love you and a parent should always love their child. The film is a bit choppy and if the direction and writing was slightly better it could have been a film that many may see but word of mouth will probably hurt it leaving mostly the gay community to support this film and try to educate parents of gay children.

Hedges does a nice job with what he was given even with most of the focus on his story rather than others. Kidman was superb and I would have liked to see more of her emotions and reactions. Crowe was a good support but I thought his emotions and religious dilemmas about his son could have been a bit more strained and or commanded. Edgerton was creepy along with the rest of the staff at this conversion center but in the end they did their job not for themselves and not for Jared but for the self-centered parents that are only thinking of themselves. The content of this story is extremely important but the glitter and gold of Hollywood was missing which made this story more of an after school movie than that for the big screen.

More in this category: « Bohemian Rhapsody The Nutcracker and the Four Realms »
back to top

We have 724 guests and no members online