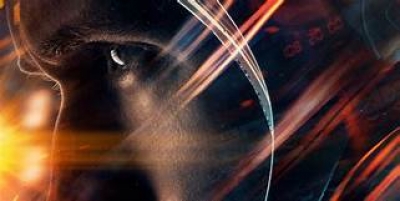 In 1961 out in the Mojave Desert, NASA is testing a flight with Neil Armstrong (Ryan Gosling). Back home Neil and his wife Janet (Claire Foy) find out from the doctors that their young daughter has a tumor and it looks like she may die. In 1962 out in Houston Nasa has discussed Project Gemini and a flight to the moon something that has not been done by man but the Russians are trying as well. Let the competition begin with the USA wanting to outperform the Russians. In 1964 the training has begun with several astronauts for the Apollo Mission. In 1965 out at Cape Kennedy Florida Gemini 5 has crashed causing the Astronaut to die.

Later when they test Gemini 8 the USA made it to dock in outer space but something went wrong putting the Astronauts at risk of death.   A press conference took place causing fear that money is being wasted and lives are being killed. In 1967 flight tests took place but after something went wrong before the flight took off three more Astronauts have died. Yet in 1968 the Apollo 10 tests went well and in 1969 at Cape Kennedy Florida Apollo 11 a three man mission carrying Armstrong and Aldrin did a wonderful job. The eagle has landed creating one small step for man but one big step for mankind. After 400 million people watched Apollo 11 the USA proved to be the first to set foot on the moon and even though there was some bad blood between Janet and Neil once home life was good for the Armstrong family.

I enjoyed this film but it seemed to have dragged a bit in several areas. It definitely airs on the side of a biography well done but without the bells and whistles. Grant it the scenery is breathe taking and the realness of this story is perfection but I don’t think I could sit through the film twice. Foy is a great support for Gosling who as always shines in his roles but in this one he plays it dark with little to say. There are many extras and supporting roles that add many other characters to the story which are great but it’s also a depiction of history. Overall the story is interesting and if you’re unaware about Apollo 11 or NASA’s fight to reach the moon this film should fill you in perfectly.

More in this category: « Goosebumps 2: Haunted Halloween Bad Times at the El Royale »
back to top

We have 660 guests and no members online