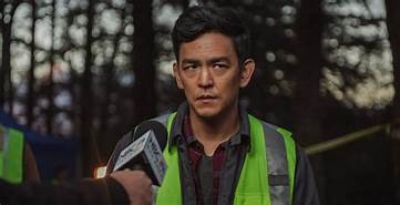 In this day and age it seems everyone is involved in social media whether it is Facetime, Facebook, Instagram, Tumblr, Twitter or so many other hook up sites, shopping sites or just plain chat sites or video sites. Pamela Kim (Sara Sohn) used her computer to take videos and pictures of her daughter, Margot (Michelle La), growing up from kindergarten to high school, times with her mom and dad David (John Cho), to times of her playing the piano. Stored on her computer were so many memories that Pam has left behind for her husband and daughter that bring both sorrow and love. Coping with the loss of a loved one everyone deals with it in so many different ways, some mourn and have trouble moving on, others use an excuse of drugs or alcohol to overcome the grief which in my opinion those methods only add to more problems.

Margot was a good girl, studied hard, played piano but truly seemed not to have many friends but rather spent much of her time on the computer rather than socializing or communicating with her father. One day when Margot goes missing her father gets worried and contacts the San Jose missing persons department. Willing and with great concern Detective Rosemary Vick (Debra Messing) takes the case. Days are starting to go by and Detective Vick believes that Margot may have run away. David on the other hand believes the worst and has hacked into Margot’s computer in hopes of finding answers to her disappearance. Some of what he finds is a bit uncomfortable and confusing especially when it comes to a Tumblr friend named Fish-N-Chips.

What David finds out is sometimes a parent really doesn’t know their kids. What he finds on the internet is disturbing leading him to emotionally start to suspect many people including his brother Peter (Joseph Lee). When the news of her disappearance goes nationally, twitter and social media in general bring out the worst, people looking for fame, for attention, full of lies and deceit. This leads David to take matters in his own hands which lead to a mothers love but thankfully due to stormy weather life goes on, answers are discovered and the story comes to an end.

I would have given this film more paws than what I did because I found the movie to be riveting and not that predictable using social media to tell the story of a missing girl. There are times that I would have liked a bit less of the social media and a bit more of just straight old camera angles and screen time but the whole of the story is meant to surround the internet and just how everything we add on line can really give so many clues to who and where we are at any given time past, present and possibly our aspirations into the future. Throughout most of this film the story grabs you and takes you on a journey, a guessing game of where is Margot. The writers drop clues if you pay close attention and the director does a nice job of keeping the audience guessing but in the end what was a really good movie wrapped up to quickly in the end. In other words a lot of foreplay that really gets you excited but then drops the ball in the final ending. Cho is excellent as a dad that will stop at nothing to find the truth. Sohn is short lived on the screen but adds a lot of emotional feelings during her role. La is also good as the missing daughter but most of her time spent is a face and voice on social media. Lee makes you think and Vick takes you on a journey to find the truth that in the end will set the record straight. Overall a very good movie with a not so good delivery to the ending leaving the audience feeling a bit cheated in the end.

More in this category: « Kin The Predator »
back to top