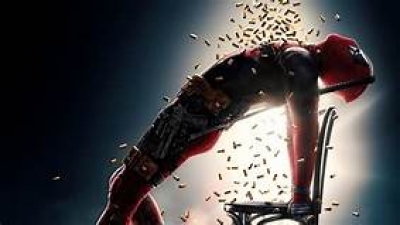 We find Deadpool (Ryan Reynolds) depressed and unhappy lying on barrels of gasoline hoping to end his life like that of X Men Wolverine. Deadpool has no intention for a return to the real world any time soon. Why? We find out by going six weeks ahead of the moment exactly what has put this super-power hero on the edge. It seems he and Vanessa (Morena Baccarin) have finally decided to have a little Deadpool and have already started thinking of names like Todd or May or possibly Cher. What happens soon thereafter ends all hopes of a family with Vanessa and throws Deadpool into a world of dark sorrow.

Angry and aggressive towards any bad guy Deadpool once again rides in his taxi with driver Dopinder (Karan Soni) from one bad moment to the next and things get even worse when Dopinder says he wants to be a super-hero even though he has no special powers. They say that you have not really lived until you have died a little and for Wade/Deadpool he has died a lot recently, in many ways. Looking for comfort he turns to Blind Al (Leslie Uggams) and later his buddy Colossus (voice of Stefan Kapicic) as he tries to join the X Men crew as a trainee. His first venture out of the gate is at the Essex House to help calm down Russell (Julian Dennison) an over-weight young boy that fights his fires with fists of fire and he has it out for the head of the orphanage (Eddie Marsan) who has used torture on Russell as a way to discipline him. Yet after a CGI battle to the bone both Deadpool and Russell end up in prison. Enter Cable/Nathan Summers (Josh Brolin) the time traveling man with a plan to take down Russell for his own personal reasons and some very good ones at that.

The battle begins as Deadpool tries to protect Russell since he has discovered that his heart needs to be in the right place by conducting a selfless act. Yet Deadpool needs a legacy and has decided to great his own band of merry men and women called the X Force, Domino (Zazie Beetz), Zeitgeist (Bill Skarsgard), Weasel (T.J. Miller), Bedlam (Terry Crews), Rob Delaney (Peter) and Shatterstar (Lewis Tan) but just don’t look for them to be starring in a later theatre near you, at least not all of them! With a little help from some friends they battle the Juggernaut and one man makes a new cable deal that hopefully allows the sun too come tomorrow. In the end we all need to belong to someone whether in Heaven or on Earth.

I believe I enjoyed and laughed more in the original Deadpool although part 2 does a nice job of keeping us entertained for almost two hours. The film is well directed and once again smartly written but the scenes fly by so quickly it’s tough to latch on to all the one liners that run rampant throughout this movie. A great soundtrack along with some wonderful costumes and special effects and CGI only help make this movie yet another blockbuster. You almost have to see it at least twice to appreciate the crazy humor that flows out of Reynold’s mouth like blood through a vein. In the end I felt like there was almost too much going on in the story but either way it’s fun, dirty, fast moving and worth the ticket at the box office.

Reynolds is smart, sassy and full of life even though at times you may find his character in the dark. Brolin is outstanding as Cable and really has a sense for playing a bad guy. Baccarin does her job of making the audience love her. Dennison I thought was an odd cast but he tends to grow on you as does most of the short lived supporting cast that plays on the X Force. Either way this is Deadpool and he’s sure to grow his legs back due to his basic instinct for yet another adventure in the not too distant future.

More in this category: « Pope Francis: A Man of His Word Solo: A Star Wars Story »
back to top

We have 289 guests and no members online