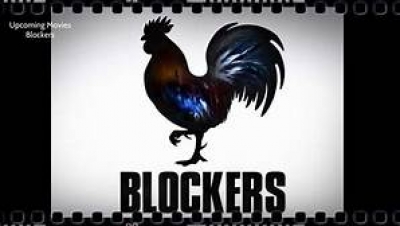 Mitchell (John Cena), Lisa (Leslie Mann), Hunter (Ike Barinholtz), their spouses and ex-partners have been friends ever since their daughters Julie (Kathryn Newton), Sam (Gideon Adlon) and Kayla (Geraldine Viswanathan) started grade school. Children never stay young forever but like the rest of us they grow older are about ready to move away to college, attend their senior prom and lose their virginity. The three best friends decide to make a pact that during prom night they will each lose their virginity to their dates, Julie with Austin (Graham Phillips) the true love, Kayla with Connor (Miles Robbins) heavy into drugs and wears a stupid man bun and Sam with Chad (Jimmy Bellinger) the little leprechaun and life of the party or will it be Angelica (Ramona Young) only time will tell.

When the parents find out about their plan Mitchell, Lisa and Hunter will stop at nothing to stop their children from supposedly ruining their lives. We forget what we all did when we were their age, leaving high school and getting ready to move away to college. The parents do everything in their power during that night to track the movement of their kids. Sometimes help from Austin’s parents that is when they are not having some very kinky sex which are some of the funniest moments on screen or from the crazy limo driver (Colton Dunn) who is chauffeuring the kids in a long black limo. Again some hysterical moments after drinking but nothing as funny as when Mitchell decides to take on some party goers with the anal beer contest, Cena really has a great naked body, good for him. Lake parties to hotel parties the parents are a step behind their kids every time until they finally meet up which at this moment lessons are learned from both sides as well as closer bonds are made. Three months later time for another journey but this time watch out for all those emoji’s especially when you begin to figure out what they mean. Eggplant anyone!

The movie is filled with humor and realism for the most part probably how most parents truly feel about their kids especially their daughters when turning eighteen. I thought the direction could have been a little stronger but the writing is on point. There are some scenes that are drop dead hysterical but sometimes I felt some were over-extended. A nice soundtrack with a great cast really helps this comedy move well on the screen.

Cena really shows a lot of his skills both in and out of clothes. Mann is neurotic and silly who faces her own truths. Barinholtz is a bit the middle man between the characters of Cena and Mann. I am not familiar with the three leading ladies Newton, Viswanathan and Adlon but they all do a nice job from start to finish as do their dates Robbins, Phillips and especially Bellinger at which I could not stop laughing about in the limo scene. Overall a fun movie that contains nudity, bad language and sexual innuendoes but it will definitely leave you laughing at least half of the way through.

More in this category: « Ready Player One The Miracle Season »
back to top

We have 276 guests and no members online