The Vanishing of Sidney Hall Featured 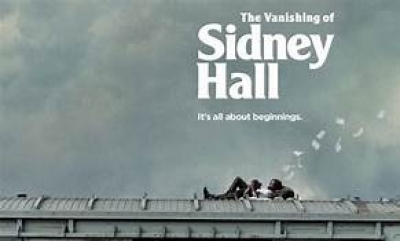 The Vanishing of Sidney Hall

Sidney Hall (Logan Lerman) is your typical high school student, not the most popular but a damn good writer for the school paper. He writes about life and the realness to his daily thoughts and aspirations not only about himself but the people around him. He lives with his mother (Michelle Monaghan) and his father Gerald (Darren Pettie) in a suburban neighborhood. Across the street from him is a girl named Melody (Elle Fanning) who just happens to have fallen in love with his writing. For several reasons Sidney wants to write a novel one day which he begins to write while still in school. His favorite teacher and true confidant Duane (Yahya Abdul-Mateen II) was always a huge supporter of his writing and when he came upon some pages of Sidney’s book he was currently writing he sent them to some publisher friends to review. Dealing with his issues at home, the death of a friend that held a horrific secret since childhood and the love of his new girlfriend life for Sidney was about to change.

The book became a success and with success comes money and huge responsibilities for Sidney. Trying to maintain his marriage to Melody, work with Gina (Janina Gavankar) his personal assistant and his publisher at Porter House, Harold (Nathan Lane), growing up has come quickly for a young man up for the Pulitzer Prize against another excellent writer Francis Bishop. Sidney’s world has been spinning in circles literally as he has been getting headaches and visions of people not actually there, possibly brought on from head trauma years back. Suddenly though Sidney goes missing and no one knows where he is but one man, the Searcher (Kyle Chandler) is determined to find him no matter what.

Sidney has been traveling west for reasons unknown to most people but as he and his new friend, a Bloodhound, travel the country using other people’s names Sidney brings it upon him to visit libraries and book stores along the way to burn his novel. Everything makes sense during these flashbacks of the three stages of Sidney’s life and when it all comes to an end this remarkable tale of Sidney Hall is breath-taking, humorous, tear-jerking, revealing the lunch box secrets, the meaning of May25th, his quest to cross the street, true love, suicide, lies, cheating and one brilliant mind that changed people’s lives including his own.

I absolutely loved this story. It was so real, raw, emotional and telling about one man’s journey through life and the souls that affected him along the way. It may not be for everyone but if you really want to see an intelligent, superbly written and directed story than this is a no brainer. Go see it! Lerman is mesmerizing from beginning to end and Fanning is the perfect co-star. They both play different stages of their lives well. Chandler is a mystery that comes and goes but plays an important part to the story. Good to see Nathan Lane which once again is a pleasure. Blake Jenner who plays Brett is a stereotype revealed and Abdul-Mateen II is that elder that everyone wishes they knew. Monaghan is also perfection to this film who adds substance to her screen time. Overall this film will not impress everyone but if you’re looking for a story that plays on the screen like a well-read novel than go enjoy this story. It’s well worth it.

More in this category: « Red Sparrow A Wrinkle in Time »
back to top

We have 822 guests and no members online