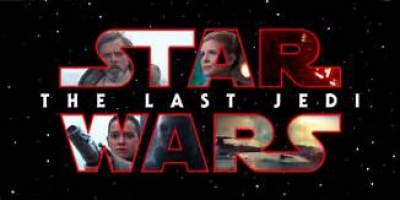 As the story opens Rey (Daisy Ridley) is on a small island trying to converse with Luke Skywalker (Mark Hamill) and ask for his help with the resistance but Luke had come to this island to die not fight nor train. Poe Dameron (Oscar Isaac) is fighting under the ranks of Commander Leia (Carrie Fisher) and fighting the dark side led by Supreme Leader Snoke (Andy Serkis). Snoke has ordered General Hux (Domhnall Gleeson) to not only find Skywalker but also destroy the mother ship that carries Leia and the resistance. As for Kylo Ren (Adam Driver) he is conflicted with good over evil and after tracking his mother through light speed he is unsure of pressing the trigger that could destroy her and her ship.

Due to circumstances Vice Admiral Amilyn Holdo (Laura Dern) has taken control of the ship making decisions she thinks best to save the resistance but Poe fights her every move thinking that he knows best. When Finn decides to run from danger in an escape pod this is when he comes face to face with Rose Tico (Kelly Marie Tran) who helps to change his ways and plot a way of destroying General Hux and his ship which has a hold on the resistance ship somewhat stranded in space. Rose’s sister died in the original attack on the dark side and she hopes to avenge her fight to save others.

Skywalker has decided to train Rey as a potential Jedi as he did one time in the past with Kylo Ren but as we know that did not quite work out as planned. Yet time is of the essence and the training process does not quite go as expected. In the efforts to try and disable the tracking device on General Hux’s ship, Rose, Finn with the help of Poe and BB8 make an effort along with DJ (Benicio Del Toro) who they kind of stumbled upon after being arrested at a casino but thanks to another droid plans are once again foiled. Rey and Ren are still struggling with each other and themselves on the issue of good versus evil but soon realize that it is best to trust no one as does other fighters in this cat and mouse game in space. They soon realize though that it is not fighting what they hate but saving what they love that matters. In a teacher/student standoff we close this Jedi chapter only to leave the rebellion to once again be reborn with the surviving members and not the last Jedi. See you around kid!

I thought the writing and direction in this film was extremely well done but I felt a bit of a lull in the middle part of the story. The beginning really excites the audience then comes a bit of a lull yet in the end of course the excitement picks back up. I felt though that the writers took a somewhat simple story line which is easy to follow and stretched it out to a somewhat lengthy script. There are some new characters, as well as cool aliens and creatures but I felt that the director just kind of skipped through them a bit too fast as in the casino scene this breath-taking moment I would have appreciated spending more time invested in but instead it kind of flashes by too quickly. The score is great, the costumes superb and the special effects amazing but I almost felt like I wanted more action and less dialogue. They did mix in some humor mostly with Chewbacca, BB8, the Porg’s, C-3PO and R2-D2 which kind of works but again flashes by too quickly. The dialogue and words are modern and the pace overall is pretty good but again a little more special effects especially in space could have made a difference at least for me. I may not be a huge Star Wars fan but personally I feel I’m on mark with my comments although many may think otherwise. Either way it is absolutely worth seeing on the big screen and it does have a number of surprises but it truly sets the ground work for a whole new Jedi team.

As for the cast they all do a phenomenal job with the script, the actions and the direction. Ridley I found myself a bit more fascinated with her character in the last Star Wars film which introduced her. Hamill and Fisher were both stellar to watch in this rendition of the franchise. Driver has definitely grown on me since I did not like him as the new potential villain last time although this time much better. Gleeson plays a bit of the idiot well and Serkis knows his moves. Dern was a great addition as are Del Toro and Tran with Isaac stealing most of his scenes and I must say that Boyega has stepped up his game quite a bit in this story. The leading, supports and extras all help bring this film together for yet another nice life line at the box office.

More in this category: « The Shape of Water Jumanji: Welcome to the Jungle »
back to top