The Killing of a Sacred Deer Featured 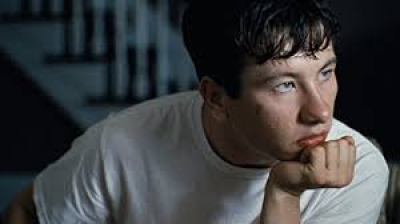 The Killing of a Sacred Deer

A24, Element Pictures and Film4 present an R rated, 120 minute, Drama, Horror, Mystery, directed by Yorgos Lanthimos, written by Lanthimos and Efthymis Filippou with a theatre release date of November 3, 2017.

The story opens with Doctor Steven Murphy (Colin Farrell), a cardiologist with the perfect hands, performing a heart surgery on one of his patients. This was actually a live heart surgery filmed for this movie scene. Steven is married to Anna (Nicole Kidman) and they have two children, Kim (Raffey Cassidy) the oldest and Bob (Sunny Suljic) the younger brother. It seems Steven sneaks off to visit a young boy named Martin (Barry Keoghan) from time to time and several times Martin shows up or calls Steve at some very inopportune times. I guarantee your mind will spin wondering where this relationship is going and you will eventually find out where and why. Steven even goes one evening to visit Martin’s mother (Alicia Silverstone) but that encounter is just as strange and unpredictable.

As life continues Martin ends up stalking Steven and his mother wants him even though he is married to Anna. When Steven rejects Martin he tells him that his children and wife will no longer be able to walk, will eventually bleed from their eyes and die. As the prediction starts to become true Steven thinks that his son is pretending and as for Kim she starts to hang out with Martin since at one point the truth came out and Steven introduced the boy to his family. Soon thereafter Kim has taken ill and cannot eat, the same symptoms as her little brother. Scared and unsure of what is happening to her family Anna goes to visit the boy at his home looking for answers. Yet when neither Steven nor Anna can get any answers and their children are becoming worse Steven takes matters into his own hands. Later in an eye for an eye moment, life for the Murphy family continued on but not quite the same as before.

The film is very strange, the way the actors speak to each other, the nudity, the plot and overall the feel of this story which for the first hour and a half I was uncertain of what the heck I was watching. Remarkably though after that first half of the film the story was still quite strange but it became more intriguing and suspenseful. Yet in the long run it is still a very odd story from start to finish. Almost like watching the devil in action turning a normal family into a bit of psychotic helpless and uncertain group unaware of what is happening to their lives.

Of course Kidman and Farrell do a wonderful job with their characters but I still am a bit mystified why the director had them talking so oddly most of the time. Cassidy and Suljic both bring some life into their scenes as they fight to stay alive. Good to see Silverstone since the last time I saw her was years ago when we spoke in Los Angeles. I wondered where she disappeared too in Hollywood. The true center of attention here though is Keoghan and he truly hits this ball out of the park. He was spot on with the whole weird character he projects making every moment you see him grow stranger and stranger and yet very believable. He is the true shining star in this odd but I must say somewhat intriguing movie. Not sure I’d recommend it for everyone but for those of you that like odd films you might just love this one. I don’t recall any animals harshly depicted in this movie but I can’t say the same for the human characters.

More in this category: « Thor: Ragnarok Murder on the Orient Express »
back to top

We have 783 guests and no members online