The Only Living Boy in New York Featured 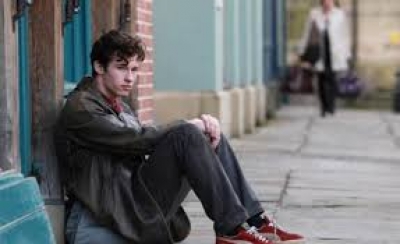 The Only Living Boy in New York

What a wonderful FILM! As I see it, a twisted turn on the past and
present of human nature in the writing and publishing world in New
York with a comical yet satirical and serious out look of a love
story..

With a stellar cast of many well know actors this film opens narrated
by character W.F. Gerald (Jeff Bridges) and begins the story of the
changes in NY life style then and now in the lives of people who still
relish in the fantastic lives of writers and their stories along with
the now absurd beliefs of the younger generations outlook on life or
how it is perceived to be in their eyes.

The Story of a young man who wants to be writer Thomas Webb (Callum
Turner) whose father Ethan ( Peirce Bronson) and mother Judith (Cynthia
Nixon) dual from separate sides seemingly to know what is best
for their son as it is played out in their world. But... Thomas lives
his own fantasy life of love and heart break... as he befriends W.F. (
Jeff Bridges) who has moved into his building and starts a trusted yet
twisted friendship as W.F. the new neighbor who explains life to him
through his own drunken perception of the world giving him what he
believes to be all the answers Thomas needs to make his way in life.

Thomas who deeply cares for his mother’s state of mind due to a break
down quickly discovers that his Father who he thinks hates him is
having an affair. He seeks to find out who Johanna (Kate Beckinsale) is
and stop her only to become engaged with her in a torrid affair between
he, his father Ethan and Johanna that is on so many levels wrong until
the truth comes out.
W.F. continues to silently slip between the scenes unnoticed by
Thomas's parents but still putting in his two cents at every curve all
the while creating his next master piece of writing the story of
Thomas's life.

As all their worlds come crashing down around them it somehow comes to a
happy ending when they all realize the real truth of who is
who in each other’s lives and what and where their realities actually
lie.

And No I won’t give the spoiler alert... See this film... its fantastic!
And the ending is so wonderful and heart felt as to the twist and turns
of how all their lives actually intertwined..... It is so worth
watching to see the truth come out of how interconnected lives can be
and that happy endings do happen no matter how twisted.


No animals were in this film not even pigeons in the park scenes...Ha.

More in this category: « Step The Hitman's Bodyguard »
back to top

We have 402 guests and no members online