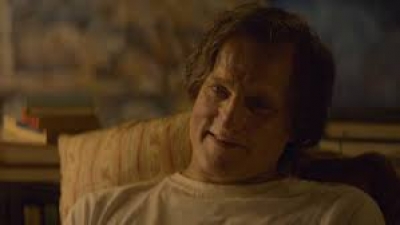 Review written by Jon Patch with 3 out 4 paws

Lionsgate and Netter Productions present a PG-13, 127 minute, based on a true story, Biography, Drama, directed by Destin Daniel Cretton, written by Cretton and Andrew Lanham with a theater release date of August 11, 2017.

Jeannette Walls (Brie Larson) is a successful writer for a magazine in New York City and engaged to David (Max Greenfield) an established financial analyst. Through a series of flashback to 1989 we learn a lot about young Jeannette (Chandler Head & Ella Anderson) and the dysfunctional life she led growing up with an eccentric mother, Rose Mary (Naomi Watts) and an alcoholic father, Rex (Woody Harrelson). The only true base Jeannette had in her young life were her siblings, Brian (Iain Armitage & Charlie Shotwell), Lori (Olivia Kate Rice & Sadie Sink) and her youngest sister Maureen (Eden Grace Redfield & Shree Crooks). Their parents were always on the move living freely from one location to another with no sense of stability for their children.

The children did have the stability of their mother who would paint from one location to another and the dreams from their father who always promised but never delivered especially when it came to “The Glass Castle”. Always on the move and scamming from people and places they encountered they finally settled down in Welch for an old rundown house for fifty dollars a week. In two years this home would be paid off and theirs to own but education, food and a normal life were still a sacrifice. As the children grew older Rex became a bit more unhinged and his attempt to come clean would only last for so long. He loved his children and thought he was giving them the world by providing them with hopes, dreams and knowledge and yet even though most of their experiences were unkind when Rex was drunk they still always had each other. They tried to convince their mother to leave their father but Rose Mary was not prepared to do so because through it all he needed her and her him.

Lori was the first to escape from her nightmarish reality called life and moved to New York City. Not too far behind was Jeannette to attend college in the city leaving behind Brian and Maureen. Eventually in New York City is where she met David and planned to marry him even though her father hated him so. David was equally not so fond of Jeannette’s squatting parents taking up residence wherever they could find it which was eventually very close to Jeannette and David. The relationship was unhealthy, unhappy and troublesome between an alcoholic irresponsible father and his family. God knows this family had their demons but through it all when everyone’s junk is broke or forgotten the Walls children will always have their stars.

There is a lot of content and character development in this film which tells the story of the Walls family from 1989 to present. So much of this movie hit home for me which of course caused a lot of emotions inside especially in the second half of the story. The love of a family can stretch for hundreds of miles but the lost dreams can cause more emotional pain then the physical pain Jeannette encountered as a young girl and carried with her into adulthood. Rex had his secrets that were unknown for the most part but secrets always have a way of resurfacing and sometimes answer the questions that you have asked for what seems like an eternity. This story is well written with a few slow moments but where the writing may lack the direction picks up.

I have to say that all of the young actors were exceptional especially that of all the actresses that portrayed Jeannette. Larson never disappoints and once again she does the same here. Harrelson has come so far from “Cheers” his long ago television show. He totally carries this film from start to finish with his superb acting skills and believability of his character. Watts also is extraordinary and through so many moments of her expressions she helps the audience relate to her feelings. The story has a bit of a twist that may surprise you in the end but overall this film will touch your heart, make you smile, anger you and possibly shed a tear because it is truly that real. The story maybe is a bit too long but in the end albeit worth it. I’m sure it won’t appeal to the younger crowd but hopefully it will find its audience among the older generation that will appreciate a well done story.

More in this category: « Good Time Step »
back to top