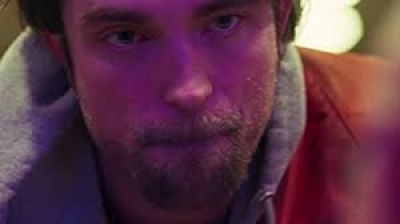 As the film opens Nick Nikas (Benny Safdie) is talking to Peter (Peter Verby) a Psychiatrist taking part in an expressions and word comparison test. Suddenly a door opens and his brother Constantine ‘Connie’ Nikas (Robert Pattinson) is standing in the doorway screaming at the therapist as he grabs Nick and removes him from the room. Sometime later, wearing black masks Connie and his mentally challenged brother Nick is robbing a New York bank. As they make off with the money on what seems like a clean get away it turns out not to be so clean and eventually Nick is arrested and held in local jail.

Connie tries everything to raise more money to get his brother released but when things get rough for Nick in jail he later ends up at Elmhurst hospital badly beaten. Connie is taking things as they come and when he tries to break his brother out of the hospital once again there are complications. Connie under the oddest of circumstances befriends Ray (Buddy Duress) who he thinks he can make some money off of to pay Eric (Eric Paykert) the bail bondsman to get Nick released. Nothing ever seems to go as planned for Connie and in the end of this acid trip everyone ends up exactly right where they belong.

The film is very real on one hand and on the other somewhat ridiculous to think that some people are just that stupid. The ironic part when Connie is watching Spike TV and a cops program it proves that yes people can really be that messed up, drugged out, hopelessly idiotic. I must say that the film kept my attention but throughout it all I kept thinking why? Why is he so stupid? Why does Connie even involve his handicapped brother Nick? Why are the people Connie meets anywhere always willing to help him when they don’t even know him? Ok maybe out of the goodness of their hearts or because of the lack of brain cells in their head! Either way this film with its odd score, dark moments and bizarre situations is at least intriguing but still a bit too awkwardly real. Bad boys bad boys what you gonna do? Answers go to school, get a job and have a purpose. Albeit gritty and slightly crazy the film is interesting but after seeing it I would say I would not see it again and glad I did not pay for it. It is not exactly my cup of tea but to each their own as the saying goes!

The Pattison fans will like him in this film. His acting skills are quite polished and impressive, a far cry from his “Twilight” character which I liked but very far from this dark ride. He definitely controls this story and takes you on a journey filled with several twists and turns during one night in New York. Safdie also does well but there were times that he got on my nerves in both a likeable and not so much manner. Duress comes in half way and adds some intrigue to the story line but again all I can think is what are these characters thinking or more so not thinking! There are a number of small supporting roles to move the story along but in the end I leave you with one final question. Why did Nick cross the room? If you’re interested go see this film to find out. For the animal lovers there are some cute dogs in the film for a few seconds and of course what looked like a pit mix that ends up with its teeth in someone’s arm. Cliché or justified I’ll let you judge this one but get ready for a bumpy ride!

More in this category: « The Dark Tower The Glass Castle »
back to top