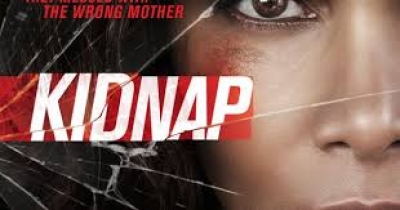 Karla Dyson (Halle Berry) is a single mother working as a waitress in a small Louisiana town. She is a devoted mother to her six year son Frankie (Sage Correa) and fighting for custody against her successful ex-husband and his partner Cheryl. During a sunny afternoon while in the local city park Karla takes a call from her attorney and in those few minutes as she stepped away from her son he was gone. When she was on her way to the police station in the park she saw her son being forced into the back seat of an old green Mustang GT. By the time she tried to stopped the vehicle, she dropped her cell phone as she was dragged by the car. Soon thereafter she jumps into her red Mini Van and chases after the kidnappers.

Karla stops at nothing to follow this car with her son inside, causing accidents on the highway and endangering her life, Frankie’s and everyone on the road within her path. Close encounters, exchanged words, physical fights and prayer, Karla will stop at nothing to get her son back in her arms. Matters turn even worse when Karla must fight not only for the life of her son but that of hers as well. Margo (Chris McGinn) and Terry (Lew Temple) were two low lives in it for the money not caring one bit about the children and the parents that they would scar forever. It’s been said that just in the USA a child goes missing every forty seconds some are found and some are left missing, possibly dead or alive.

I am a fan of Halle Berry and in this story which is very close to another film she was in called “The Call” she once again shows how tough she can be. Grant it there are moments that seem a bit far-fetched and unreal but it’s a thriller and if you were faced with this scenario have you ever thought what you would do? Well what you thought and what you do in that moment are two separate possibilities. I personally could not imagine losing a child this way not knowing what their fate holds for them. When I was twelve I lost two friends that were taken by a patient out of a mental institution and they were not fortunate enough to make it home to their family. We live in a beautiful world with some very ugly people and sometimes like Halle Berry’s character you have to take matters into your own hands. The film is swift and exciting from the very start to the final end. There are some moments you will jump and some moments you forget to breathe but either way this cliché story will take you on a ride you won’t forget.

Berry once again controls this story right from the beginning and she seems to have that way of expression that really evolves into the character. If you’re a fan of hers than I believe you will like her in this role even though at some moments the filming of the chase scenes seem a bit revealing as if to say they are driving slow but the film is made to look like they’re moving fast. There are a few things I would change is I were the writers of this story. Correa is a sweet kid and seems to hold his own with what the director gave him since he doesn’t have a lot to say other than “Polo”. He actually reminds me of my nephew’s son Braylon there are some striking resemblances in some scenes. McGinn and Temple play bad well and they really seem to fit the characters of criminals and the bottom of the barrel well so hats off to casting, costumes and make-up. Of course there is a dog and surprisingly it’s not a Pitbull but it is large and still vicious and depicted in a harmful way. In the end I thoroughly enjoyed this film even though at moments it reaches into the almost impossible category if it were real life.

More in this category: « Atomic Blonde An Inconvenient Sequel: Truth to Power »
back to top