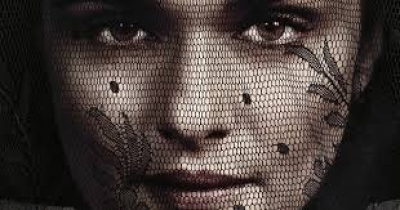 A young orphaned boy named Philip was raised by his cousin Ambrose who was really like a father to him. Grown up and out of school, Philip (Sam Claflin) lived with his Godfather (Iain Glen) and his daughter Louise Kendall (Holliday Grainger) that is until Philip started receiving letters from Ambrose about Rachel Ashley (Rachel Weisz) the woman he happily married until recently when his letters started to express that she was killing him. Upon his request to come see him because Rachel was tormenting him Philip immediately left to be with Ambrose but once he arrived at his estate Ambrose was already dead and Rachel was not living at the home any longer instead what he finds is a strange man named Wellington (Tristram Davies). Philip vows to this man that he will seek out Rachel and cause her the same pain and suffering that she caused Ambrose before his death.

Louise has been a dear friend for many years and she now helps Philip get the house ready for Rachel’s visit upon the request of Philip. When Rachel arrives at the estate dressed in black still wearing her wedding band what Philip eventually feels is no longer revenge but rather an infatuation for this woman that he disliked due to the letters he received from Ambrose. Everyone in this beautiful English town thought that Philip one day would marry Louise but as it turns out it is Rachel that he has fallen for, her poison has become intoxicating. It turns out that Philip who at the day he turns 25 will inherit all of Ambrose’s estate but when that happens he wants to will it to Rachel thinking love and marriage would soon thereafter prevail. What happens is quite the opposite for when Philip turned 25 on that day he would turn everything over to Rachel but on his birthday and there after everything in Philip’s life has changed dramatically especially Rachel. Be careful sometimes what you wish for because it may come true yet what you thought was reality has sometimes been manipulated into lies and deception.

This was truly an interesting film but at the same time a bit confusing to figure out. Love, anger, trust, manipulation all play a part in this guessing game mystery nicely directed and written even though I still wonder if my interpretation is correct. If you’re looking for an easy answer to the problems presented within the writing of this story you may not find it. A nice score and some beautiful cinematography definitely add to this film along with the many dogs, horses and farm animals yet in the end you still might feel a bit manipulated and confused yourself and if you’re not please share your thoughts with me.

Claflin really performs well as does Weisz and they truly play off of each other quite well. Claflin being the dreamy romantic and Weisz the bio-polar opposite black widow type character. Grainger plays sweet well and Glen brings a sense of strength and authority to the film. An array of supporting characters help to move this drama along but it never really seems to become the major attention getter that one might hope for on the big screen. Overall it’s an intriguing story that will probably leave you a bit confused thinking in the end of what just happened!

More in this category: « It Comes at Night The Mummy »
back to top

We have 247 guests and no members online