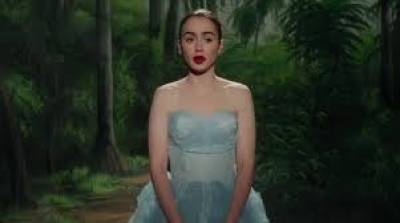 It’s 1964 in Hollywood California and all of the news channels are waiting to hear from Howard Hughes (Warren Beatty) for a special interview but of course no one seems to know where he is. Five years and four months earlier in Los Angeles one of Howard’s drivers Frank Forbes (Alden Ehrenreich), who by the way is trying to get Howard to invest in a real estate idea, is informed to go pick up Marla Mabrey (Lily Collins) and her mother Lucy (Annette Bening) at the airport. Howard has his rules among his employees especially the drivers that they are not supposed to talk about Howard nor are they allowed to court one of his contracted actress’s and that would be Marla. Marla is a Baptist virgin that does not drink; Frank is engaged to his Methodist 7th grade sweetheart Sarah Bransford (Taissa Farmiga) who takes care of a dog kennel. Howard and his main driver Levar Mathis (Matthew Broderick) believe all is going to be fine. Well, not so much!

Hollywood has a way of changing people especially when you’re running around in the Howard Hughes circle of life. Marla is still waiting weeks for her screen test, her mother returned to Virginia and well Frank has broken the Hughes rule and has started to fall in love with Marla but Marla has eaten the forbidden fruit that has changed her life forever more. Meanwhile throughout all this romance of should I or shouldn’t I and he said she said Howard is still crazy and the world seems to know it especially Forester (Oliver Platt) who is with TWA which Howard seems to be in a potential lawsuit with. Howard as you know has always been fascinated by planes, big ones, small ones, ones with propellers and now ones without. Oddly enough for the most part Howard was a bit of a recluse never wanting to meet with anyone, let alone let anyone ever see him, using his current CEO Noah Dietrich (Martin Sheen) and later Bob Maheu (Alec Baldwin) to conduct a lot of his face to face transactions with the help of Howards secretary Nadine Henly (Candice Bergen).

Howard constantly thought Noah or even the TWA people were trying to lock him up in an insane asylum and rightfully so since the man was a bit off the wall, crazy but smart. He would escape from Los Angeles, to Las Vegas, to Nicaragua to London just to get away from the people he thought would not support him. Throughout it all though in the end the truth does set you free and for those that accept it happiness may follow but for those that reject it then life will continue as it always has and that might not be good especially alone. For some the rules don’t apply and in that case the outcome may just be the gift you always wanted.

Other than the fact the film was about 20 minutes too long I did enjoy it overall. It is by far a ground breaking experience although I really did enjoy the performances by Collins and Ehrenreich since their relationship together and that of the rest of the cast was superb and felt real. Some wonderful backdrops and a nice score with some great wardrobes help to make the story interesting but it was the cast that helped to bring the writing to life that sells the story line. Overall it’s a cute story that will make you chuckle a bit and for the most part become involved in the romance but for Beatty in the main role of Hughes I found him to be at times a little over the top. Even though that was how Hughes was apparently for some reason I thought he did a good job with the character but not great. Maybe he tackled too many positions at one time personally. I just felt there may have been too much attention on him rather than the romance of Marla and Frank which I found to be intriguing. Not to forget the other supporting actors, like Broderick and Bergen who could have added a lot more dry humor to the film. I mean Platt was only in a few scenes but he woke me up as soon as he opened his mouth. In the end it is a cute story that had potential but lost its way a few times. If only it stayed off auto pilot and flew a little more like Howard in London the film might have perfected itself like Howard Hughes did for his interview live from Acapulco in a hotel room with his DNA.

More in this category: « Loving Nocturnal Animals »
back to top