The Girl on the Train Featured 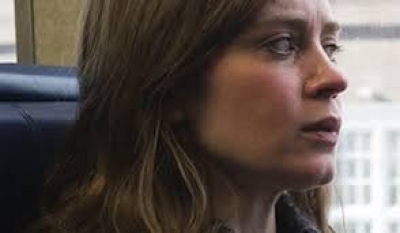 The Girl on the Train

There is definitely a mystery triangle going on in this film involving Rachel (Emily Blunt) who rides the train to work in New York every day staring out the window at the house that was once hers. She was married to Tom (Justin Theroux) some years back but they lived an unhappy life in their home and for some reason were unable to have children. Later Tom and Rachel divorced and he ended up marrying his mistress Anna (Rebecca Ferguson) who he was sleeping with when he was married to Rachel. Anna doesn’t work but spends her days running errands and keeping busy hence why she has a nanny, Megan (Haley Bennett), who happens to live with her husband Scott (Luke Evans) two houses down.

Rachel is a very unhappy person, drunken most of the time and living in an apartment with her friend Cathy (Laura Prepon). She has done some very strange and demeaning things while she is drunk and for the most part never remembers what she did when she wakes up the next morning. She dreams of what it must be like to have the perfect marriage like Scott and Megan. Well at least she assumes perfect since she always sees them together in their house when she rides by on the train. She took a vested interest in them while trying to avoid looking at her old home where Tom and Anna live with their new child. Imagination can be deceiving and in reality life is just not that perfect especially for Megan who disappears one night after an encounter with Rachel in a dark neighborhood road tunnel. Drunk as usual Rachel does not remember anything the next morning other than the fact that she woke up with blood on her clothes.

Detective Riley (Allison Janney) stops by one day to visit Rachel asking her questions about what she knew about Megan. Lies begin to flow from Rachel’s lips because she cannot remember anything and unsure if she herself may have killed Megan especially after witnessing something earlier that had happened to what she perceived as a perfect life. Rachel begins to get invested in what happened that night, trying to sober up and investigate herself what come have happened but what she finds out may be the most devastating news of all and what she thought she knew she really had no clue that is until the end.

The film is well directed and written but it surely would have been better if the writers shaved off about 15 minutes from the story. Grant it there are some good twists and turns but they definitely could have kept them all in the film by editing out a bit of the story line. An appropriate score to enhance the thrills along with some good photography and the aspect of intrigue helps make this film worthy of a theater ticket but stay focused because if you don’t you may lose your way.

Blunt is excellent in the lead playing the poor me role that turns to alcohol to cope with her insane life. Theroux does a nice job of playing her ex-husband that appears to have her best interests in mind. Ferguson helps to keep the story going but really knows how to make it end. Evans plays the typical obsessed male married to a hot wife Bennett who falls victim to a strange triangle which involves her therapist Dr. Kamal Abdic (Edgar Ramirez). A nice cast of characters and some good bumps in the road help to keep this film intriguing while keeping you guessing on who killed Megan!

More in this category: « The Birth of a Nation Kevin Hart: What Now? »
back to top

We have 269 guests and no members online