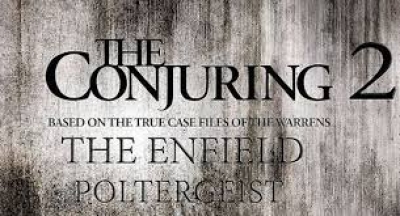 In the year of 1976 in Amityville, New York a father killed his entire family because according to investigative reports he was told to do so by some type of demon. Sometime later when Ed Warren (Patrick Wilson) and his wife Lorraine (Vera Farmiga) hold a meeting to communicate with the dead to find out more of what happened in that house not only do they discover the reality of those murders but also that in that moment Lorraine felt as close to hell as she ever wants to be. Not only did Lorraine experience her husband’s death but encountered a demonic Nun (Bonnie Aarons) as well which at the current time did not make much sense but when Ed one morning was painting a portrait of this Nun from a dream, Lorraine became even more afraid of what will happen in the future. For this reason and that of the fact that Ed and Lorraine always had to defend themselves to non-believers they decided to move forward with lectures only and stop taking on any new cases.

In 1977, Enfield, London, England the Hodgson family, mother Peggy (Frances O’Connor), daughters 11 year old Janet (Madison Wolfe), 14 year old Margaret (Lauren Esposito), sons Billy (Benjamin Haigh) and Johnny (Patrick McAuley) live a rather less than moderate life without their father in a town home on Green Street. A normal family with a low income but happy together suddenly finds themselves in the middle of a life and death crisis that being Bill Wilkins (Bob Adrian) a dead 72 year man that wants them out of his house. Peggy searches for help but still some do not believe it to be anything but a hoax created by Janet since the 11 year old was the only person possessed by this dead person in question. Maurice Grosse (Simon McBurney), Anita Gregory (Franka Potente) among others get involved to discover the truth or to expose it all as lies. When word spreads and the situation becomes worse for the Hodgson family the church reaches out to Ed and Lorraine to help this family which they do because they found their stories to be real.

With the support of some caring neighbors Peggy Nottingham (Maria Doyle Kennedy) and her husband Vic (Simon Delaney) Peggy and her kids move in across the street until something is done with the entity that is in their home. Yet when the Crooked Man (Javier Botet) shows up the family begins to realize they are not safe anywhere and hopefully Ed and Lorraine can help. Negative entities or ghosts tend to invade a person when they are most troubled or depressed and this ghost that haunts the Hodgson family is only getting stronger while Janet becomes weaker and her teleporting becomes even greater. As Ed and Lorraine become even more involved they begin to realize that this demonic presence is much more than what they thought and the only way to fight it is to give it a name.

I am a huge fan of horror films and I must say I loved the first conjuring and this part 2 is right up there with it. The music is haunting with a mix of several tunes from the seventies that are even more so enjoyable and fitting to this story. The direction is great with even better writing but it is the work of the old school scare tactics that really work here. Too bad they left in a blooper, watch when the family is in the living room as the character Ed Warren sings an Elvis song, a person’s reflection in a piece of furniture shows up in the far corner by mistake. I guess the editing department missed that one! Since I lived my own entity or ghost for several months while living in New Jersey I found this story based on truth to be fascinating hitting the perfect spot for theater goers need to be scared.

Wilson whose family lives in my part of the world here in Tampa, Florida once again does a nice job and who knew he could sing too. Farmiga is enchanting and a good match for Wilson making them fit well as the Warrens. O’Conner and Wolfe are the main focus of the Hodgson family and are both perfect especially Wolfe who brings back some memories of my good friend Linda Blair when she starred in the Exorcist. The rest of the Hodgson characters are great supports as well as Delaney and Kennedy but it is McBurney and Potente who I thought were the weaker links to this edge of your seat thriller. Aarons and Botet I would definitely not want to come across in the dark and as for the Nottingham dog which happens to be a Rottweiler I thought using this breed was a bit cliché. Overall I had somewhat big expectations of this film and I was not disappointed.

More in this category: « Now You See Me 2 Finding Dory »
back to top