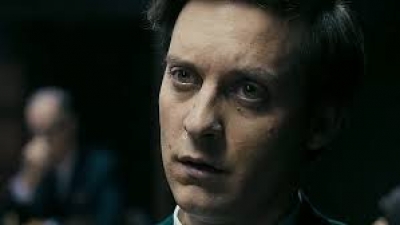 Based a true story this film follows the life of young Bobby James Fischer (Aiden Lovekamp) as of November 15, 1951 living with his single mother in Brooklyn, New York. As a child he studied the game of chess as a way to escape the realities of life. At the age of twelve Bobby (Seamus Davey-Fitzpatrick) has engulfed his entire life in the game and competition of chess and has become known as a rising star. In October 1959 he began to question why he never had a father, he told his mother Regina (Robin Weigert) he needed complete silence and demanded her to leave their home with her size twelve boyfriend. She did and Bobby continued his game on his path to becoming the world champ of chess.

In September 1962, during competitive games in Bulgaria Bobby (Tobey Maguire) accused the Russians of cheating and that the Federation was doing nothing about it. Against the wishes of his mentor Carmine Nigro (Conrad Pla) he walked away from the competition of chess. In 1965, the FBI is following Bobby as he suspected, he takes up with an old pal Father Bill Lombardy (Peter Sarsgaard) and has taken on the services of a lawyer Paul Marshall (Michael Stuhlbarg) and even though Bobby’s life knew nothing of the times, not the Vietnam War, nor the Beatles, all he knew was chess, he returned to the competitive world with a goal to become champion by beating the World champ Russian Boris Spassky (Liev Schreiber).

Off to Los Angeles, where his mother now lives, Bobby is prepped to take on the Russians leading up to a game against Boris. Bobby continues to be paranoid, thinking that the Russians are spying on him, tapping his phones, cameras everywhere, watching his every move and as for the U.S. government they are not showing him any support so he begins to make demands. Some are within reason and some a bit off the wall but he sticks to his demands and will only play if they are met. During his off time in California which is never he somehow meets Donna (Evelyne Brochu) who happens to take his virginity. Thank goodness he made time for that! After his games in Los Angeles Bobby knew number two would not suffice so his world became even more clouded with thoughts of conspiracy.

Years go by with games in Hungary, Israel, Yugoslavia, Canada and by now it’s the early 1970’s and at this time more than ever his sister Joan (Lily Rabe) has become concerned of Bobby’s mental status. Bobby has become well known all over the world and by now major networks and shows are all after him for interviews. Paul and Father Bill are both concerned of his mental condition due to his paranoia and the impressions he gets from listening to religious conspiracy programs. It’s not until his game in Iceland of which they called the World War III on the chess board between Russia, Boris and United States, Bobby on July 11, 1972 does the pressures of win or lose really hit home and the truths begin to surface. From a major stage in front of a live audience and cameras open to the world to a small ping pong room Bobby takes on Boris for the ultimate fight for champion of the chess world which of course plays many political pawns within both countries. Game six became known as the best game of chess ever played and for those of you that remember this time in history you know the outcome but for those that don’t I recommend going to see this intriguing and fascinating story of a man obsessed with the game of chess. In the end the audience is informed of what happened to Bobby Fischer throughout the remaining years of his life until his death in 2008 and not to my amazement it is insane how life can truly change in what for some seems like the blink of an eye.

The film is long and a bit drawn out but superbly directed and written with a great score and some exceptional cinematography especially while in Iceland. Maguire was excellent in this role and played the life and personality to Fischer perfectly. Schreiber does not have huge speaking scenes but does have many moments on camera with sub-titles when he did speak in Russian of course and in my opinion he was the perfect cast for this role. Sarsgaard and Stuhlbarg are great supports to Maguire and the scenes that help keep this biography moving. Rabe and Weigert have small roles which I would have liked to see a bit more of but overall they were all an important side story to Fischer’s life. Overall this movie will not be for everyone but if you’re a chess player and want to take a magnificent journey through time and experiencing the 50’s, 60’s and 70’s through the life of Robert James Fischer than make sure you see this film because for those out for an intellectual film this one’s for you. Check mate with 3 out of 4 paws I’m Jon Patch.

More in this category: « Maze Runner: The Scorch Trials Black Mass »
back to top