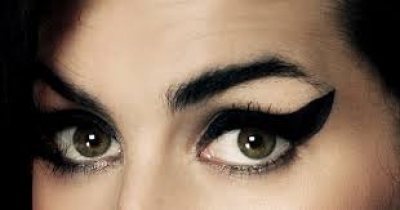 Review of the movie "Amy" by Dr. Lisa Centonze and Dr. Vince Centonze (The "Two Cents")

"Amy," the new film by Asif Kapadia, documents the rise, life, loves, and death of popular jazz and soul singer Amy Winehouse. Winehouse died of alcohol poisoning on July 23rd, 2011, and within two years of her death, Universal Music, which produced some of her records, as well the film, secured Kapadia to deftly direct this tragic and frustrating story of a lost, troubled, and talented soul. At times you want to hug her; other times you want to jump out of your seat and into the screen, pick her up and carry her kicking and screaming to rehab, when those who should have been most concerned were depicted as unwilling to do so and even enabled her self-destructive behavior. Her story and personal tragedy remind one of other musical artists such as Janice Joplin, John Bonham, Jimi Hendrix, and Jim Morrison, who similarly descended into an abyss of drugs and alcohol which led to their early demise.

The movie begins with her youth, when her parents divorced and she felt abandoned by her father, Mitch Winehouse, a recurring theme throughout her story. After the divorce, her mother apparently let her do whatever she wanted. She admits that she just wanted her dad around for discipline and to tell her "no," when she was misbehaving. Her dad didn't show back up in her life until she was rich and famous. Indeed, the film does not depict dear old dad in a positive light, a point of controversy which led the family to denounce the film after initially embracing it. Another enabler, ex-husband Blake, who divorced Amy after being incarcerated for drug possession, not only allowed her drug and alcohol use, but encouraged it.

Winehouse fans will appreciate the unseen footage of Amy in the studio and during private moments with family, friends, and lovers. The two of us, who had little knowledge of Winehouse before seeing the film, couldn't help but enjoy her music, and be moved be this fragile and needy young woman, who seemed a stark contrast to the person portrayed as rough and uncouth by a media that relished every opportunity for lampoon and ridicule.

The film lovingly documents her story and her talent. A clip of Amy recording "Back to Black" is priceless, revealing both her musical genius and her innocence and sadness. Her duet with Tony Bennett reveals both her insecurity in recording with her idol, but also Bennett's respect for her voice and touching sympathy for her lack of confidence.   The last song of the documentary, "Love is a Losing Game," which was ironically the final single released in her lifetime, left a lump in our throats. The fact that this highly acclaimed artist left a relatively short discography compared to the other denizens of music Valhalla who were taken before their time, is a testament to the amazing talent she was and leaves one wondering how much more great music she would have given the world had she not died at such a young age.   Our "Two Cents" worth is that this film should not be missed, even if you're not an Amy Winehouse fan (yet).

More in this category: « Magic Mike XXL Minions »
back to top

We have 406 guests and no members online