The Age of Adaline Featured 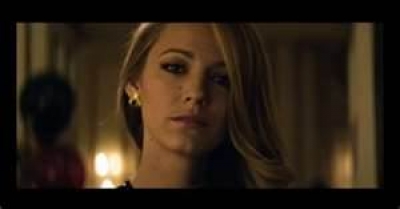 The story will be the topic of discussion everywhere after seeing this film. The biggest question being, what would you do if you knew you would live forever, never age but never stay in love?

On December 31, 2014 a young woman, Adaline Bowman (Blake Lively) enters the apartment of Tony (Richard Harmon) who lives in San Francisco. She has one goal which is to obtain fake identification. This is truly the first and last chapter of her story. When she returns back to her apartment she opens the door with excitement in her voice. Why? She knows her one true unconditional love, her companion, her constant will be there. Her dog Reggie, a King Charles Cavalier.

As a narrative voice explains her past we learn that Adaline was born on January 1, 1908. In her twenties she married Clarence James Prescott (Peter J. Gray) and later had a baby girl she named Flemming but years later her husband died and she was left to raise her child alone. On a cold night in Sonoma County a rare occasion took place and soon thereafter Adaline while driving home to her daughter had an accident. Her core body temperature dropped to 87, her heart stopped and she died but a miracle happened causing her to once again breathe but within this miracle there came a curse. Adaline would never grow old but rather live forever at the age of 29. There was no scientific explanation for her condition but she knew it had to be kept secret.

For decades to follow Adaline changed her looks as much as she could and changed her name as well and as for Flemming once known as her daughter she at this time became her friend and eventually in time her mother (Ellen Burstyn). Adaline lived her life in secret, never allowing photographs and never letting her heart get too attached to anyone other than Flemming and her dog. Throughout time she met men, fell in love but ran away so as to protect her secret. That is until one night at a party on the 27th floor of a high rise building she met eyes with Ellis Jones (Michael Huisman), handsome, successful, with wondering hands. It wasn’t until the one constant in her life was no longer did she once again try to run admitting to Ellis she cannot fall in love with an excuse so she has decided to move away. Persistence from Ellis and the longing for love by Adaline now using the name Jenny she accepts an invitation to visit his parents who are celebrating their 40th anniversary.

Once in his hometown in the country Jenny meets Ellis’s sister Kiki (Amanda Crew) and mother (Kathy Baker) and his father William (Harrison Ford). The situation at the Jones home got blatantly awkward when William met Jenny causing the past to become present. Scars are revealed causing Jenny to once again run, not being capable of change. Does Ellis truly love her he may since nothing really makes sense about her? Yet at the age of 107 on a cold night in Sonoma County Adaline’s core body temperature dropped to 87 and her heart stopped at the time that she realized her reason to stop running. The truth will set you free and after one year life goes on maybe a little greyer but overall more perfect than before.

This film is brilliant and will bring out every romantic, sentimental emotion within your core. A great date night film that will have you discussing the story for time to come. Superb direction, writing with phenomenal cinematography and a wonderful score there is truly nothing I can say bad about this story about love and the human heart. Lively is truly the perfect lead and is enchanting from beginning to end. Huisman is an exceptional balance to her character, easy on the eyes with a loving heart. Burstyn is a delight as is Baker yet it is Ford that will leave you enchanted with questions and appreciation for his characters decisions about his life, love and family. A wonderful cast from lead to supporting characters and the scenes of pet parenting will leave you mesmerized within this unforgettable story. Go see it and let your heart open up to the possibilities, since unlike Adaline, life is short for so many of us and true love may only come around once in a lifetime. Written and deeply enjoyed with 4 paws out of 4 by Jon Patch. Yes a hopeless romantic that understands all about love and loss.

More in this category: « The Water Diviner Avengers: Age of Ultron »
back to top

We have 600 guests and no members online