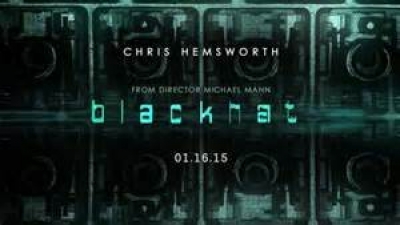 When a cyber criminal hacks into a Chinese power plant causing it to erupt, Chen

Dawai (Leehom Wang), one of China's best cyber intelligences is left in charge

of catching the R.A.T. for the Chinese.

On the other side of the world, in New York City, the hacker is in works of

help from the Chinese knowing that they themselves had faced a similar dilemma.

Dawai is flown to the US to take a closer look at the hackers code. When looking

closer at it, Dawai realizes it's a code, slightly modified, that him and a

college buddy had made up while attending the university of MIT. Dawai tells the

US that he needs the help of Nick Hathaway (Chris Hemsworth) to crack the code.

Barrett, knowing the only way to catch the hacker is to have help from the

person who created the code, grants Hathaway a furlough to help catch the

killer. Now, a race against time to catch this master hacker before they get the chance

to hack their way into their master plan.

I found Blackhat to be kind of slow. Not enough peaks and too many valleys. Chris

Hemsworth did a great job with what he had to work with which wasn't much. Too

much traveling not much story. I'm definitely not trying to hack this movie into

early release. I give it one paw. I’m Lexi Lapp.

More in this category: « Black Sea Jupiter Ascending »
back to top