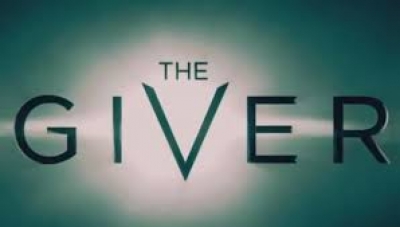 The Weinstein Company, As Is Productions, Tonik Productions and Walden Media present a PG-13, 94 minute, Drama, Sci-Fi, directed by Phillip Noyce, screenplay by Michael Mitnick, Robert B. Weide and book by Lois Lowry with a theater release date of August 15, 2014.

From the ashes of a forgotten world comes a new community with boundaries where all memories are erased. There are rules in place and when the young come of age for graduation they are given duties by the Chief Elder (Meryl Streep) to perform until their death. No one in this community has last names and for the most part everyone acts and follows the rules the same that is except for Jonas (Brenton Thwaites) for some reason he begins unlike others to see life in colors.

Jonas has two great friends, Asher (Cameron Monaghan) who at graduation becomes a drone pilot and Fiona (Odeya Rush) who is picked to be a nurturer. It is evident that Jonas has feelings for Fiona but because she experiences no emotions at least at first she is far from aware of how Jonas truly feels about her. Jonas, worried about why he was looked over by the Elder has discovered he has been chosen to become the receiver of memory and his teacher is The Giver (Jeff Bridges).

By working with the Giver on a daily basis Jonas is experiencing happiness, life, emotions of all kinds, pain, fear and love. Yet he is informed he is not to share his knowledge with anyone not his best friends, not his mother (Katie Holmes), his father (Alexander Skarsgard), his sister Lilly (Emma Tremblay), Gabriel (12 months Alexander and James Jillings, 3 months Jordan Nicholas Smal, 6 months Saige Fernandes), not anyone. Although not being able to contain his inner emotions and the hopes for others to feel what he does against the Chief Elders demands he slowly does expose some truths amongst family and friends. Sleds, singing, animals, cruelty, dancing, fear, love and just a life’s pool of emotions are all a part of Jonas’s journey.   A path that was too much for Rosemary (Taylor Swift), a previous receiver of memories, her capacity to withstand emotions failed so she was released to Elsewhere, a place of no return.

As time goes on for Jonas and his lessons he as well as The Giver know that boundaries are meant to be broken and by doing so maybe just maybe people will once again be able to experience the joys of living and the pains involved with dying. Could you imagine being the same as everyone else? Can you fathom the possibility of never experiencing love? With love comes sorrow and pain sometimes but then again they are all part of life. Without them then people would be cold and over-protected in a world where that life may not be worth living. Jonas has discovered that he does not live in a real world and that he loves feeling things so in a race against time and survival he chooses to search for freedom and to expose the truth from the lies which in the end will lead him and others home.

The story had a big feeling of Divergent to it and should do well at the box-office. Although it is not full of action scenes and special effects for the most part it is truly the writing and the characters that bring this story to life. A nice score and some wonderful cinematography help this film in many ways along with an adoring cast, some new and some well-known. Either way I can definitely see a part two in the future of this film yet since the book was written like twenty years ago and a film was planned eighteen years ago I don’t think it will take that much time to bring out a part two.

Bridges is awesome as The Giver and really embodies the role. Streep, well of course she never disappoints and once again does not here. Thwaites is perfect for the leading role and his supports of Rush and Monaghan are a nice balance to their and his character development. Skarsgard along with Holmes and Tremblay play well as part of Jonas family life at home and although there are several Gabriel babies they all did well against the elements involved in the story line. Swift has a significant role but just not a very big one yet still seems to incorporate her musical talents on the big screen as well. Overall once I got past watching a very long and repetitive red carpet event and the film started I enjoyed it from beginning to end with three paws out of four. I’m Jon Patch.

More in this category: « Teenage Mutant Ninja Turtles The Expendables 3 »
back to top