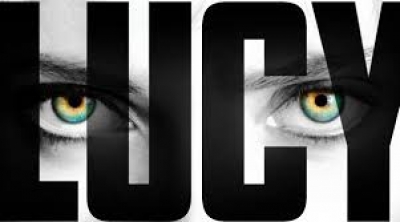 Life was given to us over a billion years ago! What have we done with it? Lucy (Scarlett Johansson) has been dating Richard (Pilou Asbeak) for approximately a week. A bit of a loser with no direction other than partying all night but for Lucy who hardly knows him it all takes a turn for the worse when he handcuffs a briefcase on to her wrist. The only way she can get it off her being is to deliver it to its new owner, Mr. Jang (Min-sik Choi). Inside is some blue crystals known as CPH4 and Jang is determined to transport it to Berlin, Paris and Rome. So he implants the packages in the abdomens of three men and one woman, Lucy. Yet when Lucy is physically abused the package in her stomach begins to leak and since it is known that humans use ten percent of their brains as for Lucy she soon begins to use more due to the CPH4.

So what does a human act like that uses one hundred percent of their brain? First step for Lucy in that direction is revenge and knowledge. At twenty eight percent she reaches out to Professor Norman (Morgan Freeman) in order to pass on her knowledge in addition to the research he has already been working on for years. At thirty percent she reaches out to Captain Pierre Del Rio (Amr Waked) giving him the knowledge and whereabouts to find the three men that carry the drugs she needs in order to obtain her life and growing use of her brain. At forty to fifty percent she is losing her structure, her looks, her body but not her knowledge.

Finding herself at Du Val De Grace Hospital at sixty percent she battles for the remainder of the CPH4 against Jang and his men but they are no force to stand up to her super-human powers at this point. It has been said that without time we do not exist but is man truly ready for the knowledge that Lucy has revealed to Professor Norman? At seventy present Lucy has connected with the computer system and at eighty percent a new generation is born. When she reaches in the nineties Lucy meets Lucy and at ninety nine percent space then at one hundred percent she is everywhere and Professor Norman is given a gift and as for life he knows what to do with it.

This film is action packed and profound from start to finish. At first I began to question it with the references to the animal world but as it continues I of all people loved the animal similarities to Lucy and the life she was living. The direction is great as is the writing in this perfectly timed film at ninety minutes. There is no chance of boredom while watching this movie but you may ask questions about the meaning behind it although you should be able to answer the questions in your own ways and theories. Great visuals and CGI special effects bring this story to life but it is the thought process behind the films plot that makes it worthy to watch.

Johansson is great in this film even though Angelina Jolie was first choice Johansson does this movie justice by all means. Freeman I love as an actor and once again he brings his stability and noble demeanor to this role as he does with so many others. Waked is nicely cast as is Choi along with an array of supporting characters. Overall a very well made film that I hope will do just as well at the box office. Loved the wild animal scenes laced throughout the story. Written and thoroughly enjoyed with three and half paws out of four by Jon Patch.

More in this category: « And So It Goes Hercules »
back to top