The Other Woman Featured 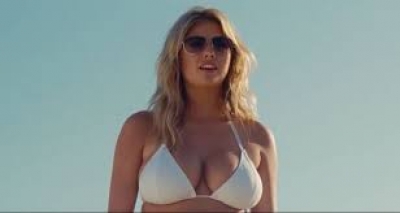 Carly Whitten (Cameron Diaz) is a successful lawyer at Hadley Cooper in New York City and her secretary Lydia (Nicki Minaj) tries her best to give her advice on men that is when she’s not dying her hair a different color. Carly is dating an attractive investment man named Mark King (Nikolaj Coster-Waldau) for the past eight weeks. The relationship is starting to get serious and it may be time to meet the family and friends! Or it may not be! You see Mark is married to Kate (Leslie Mann) and they actually live in a beautiful home in Connecticut with their Great Dane named Thunder. One day when Carly decides to take a trip to the country to fix Mark’s plumbing, the crap hits the fan when Kate answers the door.

Some say selfish people live longer! If that’s the case I know some that will never die! Mark is one of those people. After sleeping with Carly over fifty times Kate is told the truth and soon goes into denial before realizing cheaters never change and begins to question if monogamy is natural! Love is truly a battlefield and when Kate joins forces with Carly the odds of two to one become more in their favor for revenge. It’s not until Carly meets Phil (Taylor Kinney), Kate’s handsome brother, who just bought a gorgeous beach house in the Hamptons does the love triangle take another turn.

In what may be a mission impossible both women keep a secret from Mark yet go on a journey with Thunder balls in search of mistress number three who happens to be the Jetta girl, Amber (Kate Upton). Oh Amber the perfect “10” is introduced to the audience in a moment like Bo Derek jogging down the beach but only this time Carly is the pursuer not Dudley Moore. You can’t hate someone who doesn’t know the truth and once the girls tell Amber about Mark’s life the odds for revenge get even better at three to one. The cheater chore calendar comes out and the girls just want to have fun as they plot their mission to take down Mark and expose his lies and dirty ways.

Carly confronts her father Frank (Don Johnson) for advice as she later states, “you screw me I screw you back, I’m a lady like that”, and that she is and her father knows best! X lax, estrogen, hair remover and a three way later life for Mark is getting bad. As for Kate she cared so much when with Mark that sometimes things she may have said all came out wrong. Sometimes she overlooked the obvious yet when the company Service Circuit and their investor got involved Kate the so called CEO soon became the fall guy but it is Mark who soon takes a smashing fall. Sleeping with so many people is just plan pathological yet as Frank put it to Mark in the end next time he needs a plumber call a real plumber.

Grant it this film is an absolute “chick flick” and cliché that makes some men out to look like lying, cheating whores. Well if you act like one you are one, end of point! Anyway even though this film is targeted for the female audience I’m sure the guys will get a few laughs along the way. I thought the direction was well done but the writing and story line was superb and very real to today’s society. Scary part is we tend to laugh at the situations on the screen rather than feel sorry for them! Strange how there always tends to be a grey area involved. The film has some wonderful cinematography and a wonderful score worth downloading on ITunes as soon as possible.

Diaz is spot on with this comedy which seems to be her forte rather than crime or dramatic films. At her age she looks great and can still lead a comedy to success at the box office. Albeit Mann is hysterical and leads you like a dog to water and makes you drink to the last drop. Upton was probably the weakest link of the three but she looks good in a bikini. Johnson was a treat as was Minaj who does a good job being as small as the role is for her character. Kinney looks great and will definitely make the women swoon in the audience but it is Coster-Waldau that is the main focus and really pulls it off from beginning to end. Written and enjoyed for its reflection on life, love and marriage with two and half paws out of four, I’m Jon Patch.

More in this category: « The Railway Man Brick Mansions »
back to top