Pit bulls have gained 11 pounds each since rescue

On February 17, 2012, HLE agents responded to a complaint of two skinny and neglected canines inside an apartment on Webster Avenue in the Norwood section of the Bronx. Agents encountered the dogs and both appeared to be neglected. Ms. Irving relinquished Cagney and Lacey to the agents, and they were transported to the ASPCA’s Bergh Memorial Animal Hospital for treatment.

ASPCA veterinarians determined that Cagney and Lacey had been starved—they weighed 16.4 and 15.2 pounds, respectively, upon intake. After receiving treatment by ASPCA staff, Cagney now weighs 27.1 pounds and Lacey weighs 26.9 pounds—a 65 and 77 percent increase, respectively. Both dogs are recovering at the hospital and will eventually be made available for adoption.

Irving, 27, was arrested by ASPCA Special Agent Ann Kelly. She was charged with two counts of misdemeanor animal cruelty. If convicted, she faces up to two years in jail and/or a $2,000 fine. Irving is due in Bronx Criminal Court on August 22.

To report animal cruelty in New York City, contact the ASPCA’s Humane Law Enforcement department at (212) 876-7700, ext. 4450 or This email address is being protected from spambots. You need JavaScript enabled to view it.. 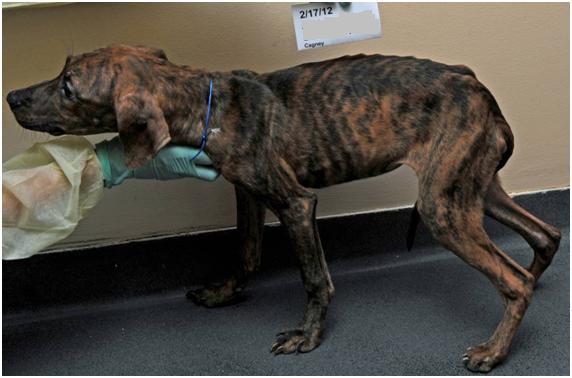 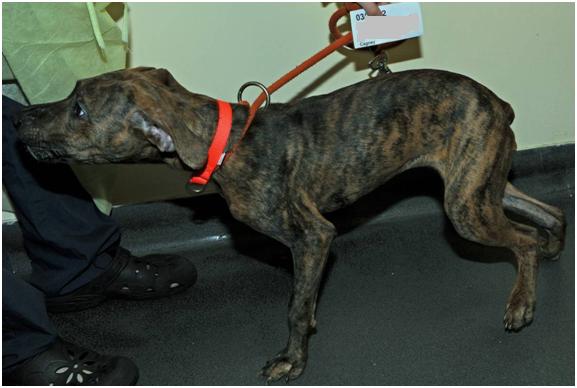 Photo Caption: Cagney, before and after receiving treatment at the ASPCA’s Bergh Memorial Animal Hospital 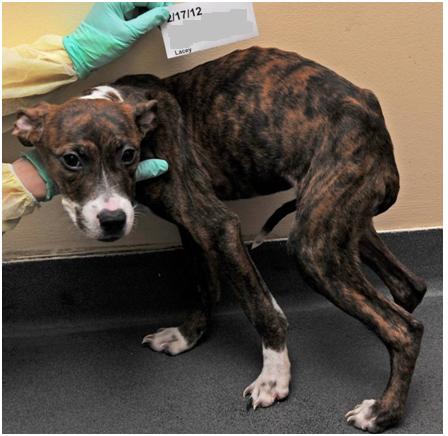 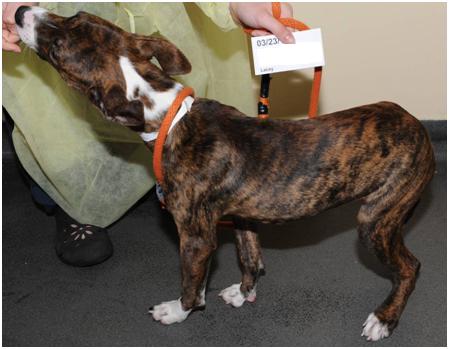 Photo Caption: Lacey, before and after receiving treatment at the ASPCA’s Bergh Memorial Animal Hospital

About the ASPCA®
Founded in 1866, the ASPCA® (The American Society for the Prevention of Cruelty to Animals®) is the first humane organization established in the Americas and serves as the nation’s leading voice for animal welfare. One million supporters strong, the ASPCA’s mission is to provide effective means for the prevention of cruelty to animals throughout the United States. As a 501(c)(3) not-for-profit corporation, the ASPCA is a national leader in the areas of anti-cruelty, community outreach and animal health services. The ASPCA, which is headquartered in New York City, offers a wide range of programs, including a mobile clinic outreach initiative, its own humane law enforcement team, and a groundbreaking veterinary forensics team and mobile animal CSI unit. For more information, please visit www.aspca.org.

- New Season Follows Tia Across the Nation As She Helps Other Animal Lovers In Need Despite Her Own Struggle to Keep Villalobos Rescue Center Alive--
(New York, New York) – Tia Torres continues to be a force to be reckoned with – over the past decade she’s built Villalobos, the largest facility in the United States for the rescue and rehabilitation of her beloved pit bull breed. Along the way, she’s faced the discrimination that came with being married to a convict and endured the intolerance surrounding the pit bull breed. She’s also managed to recruit and foster a staff of parolees who help keep her facility running smoothly, raise two daughters and adopted twin sons, and fight a raging wildfire that threatened to wipe out her precious home and animals.

This fall, when the 12-episode third season of Animal Planet’s PIT BULLS & PAROLEES premieres on Saturday, November 12, at 10 PM (ET/PT), viewers will face more dramatic and emotional adventures alongside Tia and her clan. In this next chapter, viewers see their old favorites grow and change, and meet a set of compelling new parolees who hope that Villalobos will provide them with the opportunity to turn their lives around.

This season, pit bulls and owners in need compel Tia and her dedicated team to head across the nation. Despite her own struggles to keep Villalobos up and running, Tia and Tania take an emotional trip to Alabama to help another canine rescue deal with the aftermath of a devastating tornado. Jake and Armando, now off parole, are given the opportunity of a lifetime when they head across the country solo to rescue two feral pit bulls that lost a battle with a porcupine. Adopters of all kinds, from a group of fun-loving bachelors to a mother and daughter duo with hearts of gold, open their homes to pit bulls in need.  Emotions run high this season as Tia saves a gentle giant from spending his final days in an animal shelter. And in one of the most shocking adoptions Tia has ever witnessed, a habitually aggressive dog is instantly transformed the moment she reunites with her former owner. Finally, old and new members of Torres’ team come together to witness one of Villalobos’ best success stories, Armando, wed the love of his life.

Torres’ deep commitment to second chances is the driving force behind Villalobos, a 10-acre sanctuary near Los Angeles. Here, unwanted pit bulls receive the rehabilitation they need to move on to loving homes and parolees who can’t find jobs elsewhere are given a shot at redemption.  It’s a constant struggle to find enough money and resources to keep the doors of Villalobos open, but if anyone has what it takes to make it all work, it’s no-nonsense Torres.

"Running Villalobos means helping man and man's best friend and it is a lifestyle that keeps us breathing. We simply can’t imagine life any other way. In our ‘family’ we always say that we would take a bullet for our dogs or our people – that's how much they all mean to us,” says Torres. “At one time or another, everyone has asked for a second chance.  All of us make mistakes or run into misfortune at some point in our lives. At Villalobos, we’re here to extend a helping hand, and in some cases, a paw."

We have 477 guests and no members online