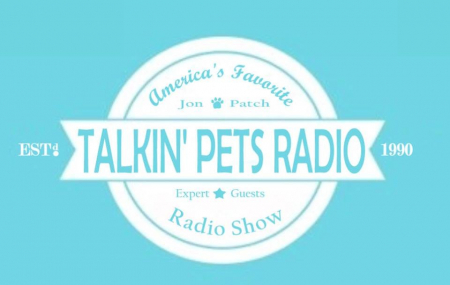 The United States has a Christmas tree shortage. Many tree lots and farms have already sold out of their largest trees, and some are closing early because of a lack of inventory.

The pandemic is one contributing factor. “I’ve had customers tell me they wanted something happy in the house,” an employee at Boyd’s Christmas Trees in North Carolina told The Asheville Citizen Times. “They want something pretty to look at, and some that usually do artificial, this year they wanted a live tree.”

Is anything more on-brand during the holiday season than a good peppermint candy cane? Hanging candy canes on the Christmas tree is one of a family's favorite traditions over the years. Turns out, Candy canes, aside from their plastic wrapper, are incredibly dangerous and bad for dogs. Can dogs get sick and die from eating candy canes? The answer is yes. A sugar-free, artificial sweetener called Xylitol can be found in peppermint candy canes, as well as other gums and even peanut butters. According to The Preventive Vet, Xylitol poisons over 6,000 dogs every year.

This is a disclaimer for all pet owners as having food that contains Xylitol in the house is all too common. There are hundreds of household products that contain Xylitol, ranging from gum, candies, and mints (lollipops!) to peanut and nut butters. Many pet owners fill Kongs with peanut butter, so this is a very important list to consider and review before shopping for toy fillers. Not only that, but if you like the smell of essential oils or peppermint oils during the holiday season, you'll need to watch your furry friend even closer as these are definitely not safe for dogs. If you suspect your dog ingested candy or gum, immediately head to your veterinarian or emergency vet clinic. Symptoms can include:

If your dog treats themself to a candy cane, the first thing to do is not panic. Inducing vomiting is NOT always the right thing to do, so you need to call your vet first and ask about how best to proceed. Foreign objects will do more harm if they are vomited, especially if there is a blockage caused by plastic wrapping, so be careful! "Time is critical for successfully treating accidental poisoning. Pick up the phone and call your veterinarian or the ASPCA Animal Poison Control Center (1-888-426-4435; a consultation fee may apply). Be prepared to provide your pet's breed, age, weight and any symptoms. Keep the product container or plant sample with you to assist in identification so the appropriate treatment recommendations can be made." Great resources include the AVMA's pet poison tips, an important site for pet parents, as well as the ASPCA Poison Control Center: www.aspca.org/apcc.

Since Xylitol toxicity can cause both low blood glucose and low potassium levels, the vet will do blood work to rule out a number of things. Signs of hypoglycemia and even severe hypoglycemia are common. It is important to share with your vet or DVM how much Xylitol they potentially got into it and what the human treats were they ingested. Was it sugar-free chewing gum like Trident, chewable vitamins, or breath mints? All of these have the potential to have toxic effects. Your pooch may require hospitalization for blood sugar monitoring, dextrose administration, IV fluids, liver protectants, and any other supportive care that may be needed. Your dog will likely need critical care. Write down the symptoms of xylitol poisoning you see and let your vet know immediately. Large amounts of vomiting and diarrhea are a vet emergency.   Xylitol ingestion is very serious! It doesn't matter what the body weight is of your dog and even large dogs can ingest enough to make them very sick. ----------------------------------------

A dog forced to drink from a beer keg has been removed from the Hofstra University frat house where he was living. The shocking video shows a man picked up Buddy, while another puts the keg tap into the dog’s mouth.

Buddy’s owner is a senior at Hofstra and a member of the Alpha Epsilon Pi fraternity.

The owner promised detectives he would take the eight-month-old pup to the vet for a check-up, but when he didn’t follow through, officials say they had to take matters into their own hands.

Buddy is now in the custody of the local SPCA.

“He didn’t take the dog to the vet, and that was one of the decisions, that we decided that at that point in time, that we needed to take the dog and get it immediate veterinary care,” Nassau SPCA detective Matt Roper said.

Hofstra University says the fraternity’s chapter is suspended while the incident is under investigation.

While details for the digital event are being finalized, show organizers are offering a variety of options for exhibitors. Exhibitors can choose from three packages with opportunities for participation in Global Pet Expo Digital Access, as well as the 2022 show. In an effort to provide exhibitors ample time to review and make an informed decision about these options, the cancellation deadline has been extended to Jan. 15, 2021. Additionally, every current exhibiting company will receive a call from trade show staff ahead of the cancellation deadline to further explain these options.

Global Pet Expo Digital Access is open to independent retailers, distributors, mass-market buyers and other qualified professionals (buyers). Online registration is live, and buyers that have already successfully registered for Global Pet Expo 2021 will automatically be registered to attend the digital event. Full details about the digital access platform will be released soon.

An open letter from the Pet Industry Joint Advisory Council, along with a coalition of pet care community organizations and companies, urges lawmakers to treat pet businesses as “essential” amid any COVID-19 lockdowns.

“With recent nationwide surges in COVID-19 infection rates, along with holiday travel, the coalition anticipates that larger spikes will result that could trigger renewed lockdown orders such as those that were enacted in the spring,” according to a press release from PIJAC.

Mike Bober, president of PIJAC, said: “Earlier this year, thousands in the responsible pet care community spoke up on behalf of pets and pet owners as the COVID-19 pandemic evolved. It is important that we continue to speak as one voice to remind lawmakers that pet care is essential, so that the businesses that serve the needs of America’s 85 million pets are allowed to remain open.”

The new letter recognizes lawmakers’ previous work to designate pet care, including veterinary, boarding and grooming, as essential and urges them to continue to do so with any new restrictions. Pet business representatives who would like to add their name to the letter, which will be provided to select lawmakers at the local, state and federal levels, can access the letter and the form to sign it at pijac.org/covid19.

PIJAC has also created a tracking spreadsheet that provides links to the government closure orders in each state that impact pet businesses.

Only about 4 million people live in the Arctic, but despite its relatively small population, the region is hugely consequential. The Arctic has strategic importance for national defense and the oil and gas industries. It’s also home to wildlife and sweeping landscapes, and to indigenous communities who have lived there for millennia. Climate change poses challenges in all of these domains. At the recent annual meeting of the National Academy of Sciences, experts discussed the regional and global implications of a thawing Arctic during a virtual session.

Temperatures across the Arctic are rising two to four times faster than the global average, panelists stated. The consequences are already apparent — including sea level rise, loss of land ice from glaciers, and even wildfires. Furthermore, the thawing of permafrost — a frozen layer of soil that underlies the Arctic — could release vast amounts of methane and carbon dioxide. This not only poses a threat to buildings, roads, and pipelines in this region, but it can also accelerate coastline erosion.

Carbon emissions from permafrost could also cut the world’s “carbon budget,” added Katey Walter Anthony, aquatic ecosystem ecologist and professor at the University of Alaska Fairbanks. The carbon budget refers to the amount of carbon dioxide emissions countries can emit before exceeding a 2 degree global temperature increase — the maximum set by the Paris climate agreement.

The world has three options for dealing with the fallout from Arctic permafrost thawing, said Natali. “The first option is mitigation — enhancing measures like emissions reduction. The second is adaptation and taking measures to reduce damage from impacts you can no longer avoid — like relocation. The third option is suffering.” To minimize suffering, we need to maximize mitigation and adaptation, she added.

“There’s a considerable amount of scientific and engineering talent figuring out how to design new structures and buildings that make them less vulnerable to permafrost thaw,” said Holdren. “And there are even attempts to refrigerate permafrost. It can succeed, but it’s very energy intensive.” Ultimately, addressing the impacts of Arctic thawing will require political will and more global scientific collaboration, especially with Canada, Russian, Greenland, and Finland, panelists said. It will also be vital to keep indigenous communities at the center of the conversation, through forums like the Arctic Council.

Much remains to be discovered about the impacts of thawing permafrost in the Arctic, but it’s becoming increasingly clear that in the coming decades, the tundra landscape will look different than it does now.

“The rate of warming in the next eight years is very different than what we’ve seen over 8,000 years. The scientific community is modeling this, but there are lots of variables,” said Walter Anthony.

The 2020 AKC Agility Invitational took place Dec. 12-13, 2020, in Orlando, FL, in conjunction with the AKC National Championship Presented by Royal Canin, demonstrating the highest level of training and teamwork between dog and handler. The top five dogs in each breed received an invitation to compete in this prestigious event. Agility competition for junior handlers was held for the 10th year. Coverage of agility is available at AKC.tv.

Five agility dogs and their owners — one dog/handler team in each of the five height categories – were crowned as the 2020 winners of the AKC Agility Invitational, which brought together 608 dogs from across the country.

Juniors who participated in the AKC Juniors Agility Competition competed in either the Junior Excellent or Superior Classes, depending on whether they had achieved an agility title.

As many as 240,000 chickens may have been killed when fire swept through three barns at a Dade City egg farm early Thursday.

Each of the three barns contained about 80,000 chickens. Other barns were spared. The effort to extinguish the flames was complicated by the explosion of propane tanks at the site, fire rescue officials said.

No one was injured and there was no immediate word on what started the fire.

Mississippi-based Cal-Maine is the largest producer and distributor of shell eggs in the United States, according to its website, selling under brands including Egg-Land’s Best and Land O’ Lakes. The company sold nearly one in five of all shell eggs in the country during 2020 and has a total flock of about 40 million layers and 11 million pullets and breeders, the website says.