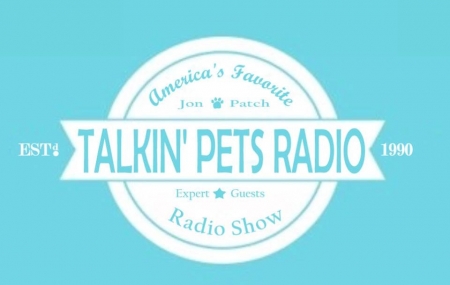 Special Guests - Cara Sue Achterberg, Author of "Another Good Dog" One Family and Fifty Foster Dogs will join Jon and Talkin' Pets 8/11/2018 at 5pm EST to discuss and give away her new book

Michigan officials say 49 confirmed cases of canine influenza have been reported since July 13.

That's compared with nine reported cases of dog flu in all of 2017.

The cases have occurred in Huron, Kent, Macomb, Oakland, Ottawa and Wayne counties, the state Department of Agriculture and Rural Development said in a press release.

Most cases of canine influenza are mild, and affected dogs usually recover within two to three weeks. However, more severe cases can occur.

“Any time dogs come together in groups, there is a risk for disease,” said Michigan’s state veterinarian, Dr. James Averill. “It’s important that dog owners work with their veterinarians to protect their dogs.”

Michigan isn't the only state where dog flu has been found. There have been two confirmed cases in Stamford, CT, the Stamford Advocate reports.

A Wisconsin man made international headlines this week after a dog lick led to a rare infection resulting in the amputation of part of his legs and arms.

Greg Manteufel, 48, was diagnosed with a blood infection from capnocytophaga canimorsus, a bacteria found in dog and cat mouths. Doctors believe Manteufel became infected after a dog licked him.

Manteufel’s case was serious, but experts say most people have an extremely small risk of contracting a similar infection from their pet ― and it’s certainly no reason for anyone to give up a beloved companion.

“I would never, ever think that somebody should give up their dog or cat,” said Jennifer McQuiston, a veterinarian and epidemiologist for the Centers for Disease Control and Prevention.

Capnocytophaga is a bacteria commonly found in the mouths of dogs, cats and even humans, and is considered “normal oral flora,” according to the CDC. Up to 74 percent to dogs and 57 percent of cats have some form of capnocytophaga in their mouths.

There are many species of capnocytophaga. One of those species ― capnocytophaga canimorsus, commonly found in dog and cat mouths ― can potentially cause serious infection when transmitted to humans.

It’s possible to test pets for the presence of the bacteria, but such tests usually aren’t very helpful because an animal might have the bacteria one day but not have it the next, according to the CDC. And it’s not practical to treat animals with medicine to get rid of the bacteria because it’s a normal part of their biology.

People typically contract capnocytophaga canimorsus from an animal bite, usually a dog bite. Some people, like Manteufel, become infected without a bite, if an animal carrying the bacteria licks them and the saliva comes into contact with a mucous membrane or an open area on the skin, like a cut.

“I think pets are really important parts of many of our lives, and they bring us really positive health benefits in addition to companionship,” McQuiston said.

The Westminster Kennel Club continues its nearly 80-year tradition of support for youth in the sport of dogs with its newest contribution-a donation of $5,000 to the 2019 American Kennel Club (AKC) European Open Junior (EOJ) Agility Team. The donation to the AKC EOJ Agility Team will be made at the Masters Agility Championship at Westminster finals competition on Saturday, Feb., 9, 2019 at Pier 94 in New York City.

This donation will help offset travel expenses for young handlers and their families as they represent the sport and the United States in international dog agility competition. By supporting participation in agility competitions, the club fulfills one of its missions to celebrate the love and companionship that accompany dog sports. The Westminster Kennel Club first supported juniors and their dogs in 1934 with its Children's Handling Class, which has grown into the Junior Showmanship competition.

"Westminster has a long history of supporting young people competing in conformation and now we are excited to also assist young agility handlers," said Westminster Kennel Club President Charlton Reynders, III. "The future of our canine celebration is in good hands with these passionate dog lovers."

"This support from Westminster will help fulfill the dreams of our young competitors who are dedicated to this sport," said Carrie DeYoung, AKC Director of Agility.

In addition to the new junior agility team donation, The Westminster Kennel Club continues to offer the eight Junior Showmanship finalists Scholarship Awards totaling $24,000 for their use in post-secondary schooling for the college or technical school of their choice. Westminster Junior Showmanship-where the junior handler's capabilities to show their dogs are being judged-attracts nearly 100 of the top junior handlers from across the country each year.

RightPet, an online resource for pet owners to access a wealth of information and expert advice on pet health, wellness and behavioral concerns, announced the findings of its eight-year pet ownership study. The study discovered personality and gender differences between cat and dog people and that children between the ages of 10 and 17 say they get more satisfaction owning pet rats than cats or dogs.

The RightPet study surveyed nearly 17,000 pet owners across 113 nations, who shared detailed reviews of the specific breeds and species of animals they currently own, previously owned or have worked with. The survey also included a scientifically-validated personality quiz, which measured participant’s personality traits, using the Big Five (or Five-Factor) model of personality dimensions.

“Today’s data-loving pet owners and future pet parents can use RightPet to find what pet best matches their experience, lifestyle, preferences and personality. More importantly, we use RightPet’s growing data to help pet owners make evidence-based health, behavior and wellness choices for their new best friend each step of the way as they grow together,” said Brett Hodges, founder of RightPet.

“Many people view their pets as family members. But pets are family members that we get to choose,” said Nathan W. Hudson Ph.D. “The RightPet study was designed to understand the extent to which individual differences, such as personality, gender, and age, predict how satisfied people are with different types and breeds of animals as pets.”

A father and son from the Matanuska Valley are accused of illegally shooting a sow black bear and its two newborn cubs in a den, then trying to cover up their actions without realizing a game camera was running the whole time. Andrew Renner, 41, and Owen Renner, 18, were charged this week with felony and misdemeanor charges stemming from the mid-April poaching incident on Esther Island in Prince William Sound, according to an Alaska State Troopers dispatch . The charges were filed Monday in Anchorage District Court, records show.

An attorney for Andrew Renner said he hadn't seen the charges and couldn't comment. The bears were part of a U.S. Forest Service and Alaska Department of Fish and Game study, and the men's activity was captured by a motion-triggered game camera. The sow was also collared. A series of 30-second video clips from the camera provided investigators with evidence for their case. One clip shows both Renners skiing near the den on April 14 and then noticing the sow, according to charging documents.

Owen Renner shoulders his rifle and fires at least two shots at her, according to sworn summary of an Alaska Wildlife Troopers report filed by Assistant District Attorney Aaron Peterson. "Cubs begin shrieking in the den after the initial shots are fired." The men listen for several minutes before realizing the cubs are making the sounds, the document says. They move closer and Andrew Renner, just a few feet away, takes aim through his rifle scope and fires several more shots, killing the newborn cubs.

The pair drag the sow from the den and see the collar, the document says. Renner can be heard saying, "I'm gonna get rid of these guys" while tossing the carcasses of the cubs onto the snow outside the den. He disappears with the cubs while his son waits at the den. The next clip shows Owen Renner saying, "We got the collar off," and his father responding, "We're gonna skin it that way," pointing away from the den, the document states. The younger man agrees," saying, 'They'll never be able to link it to us.' " They butchered the sow, put the meat in game bags and skied away.

The camera also captured the men returning to the den site two days later to retrieve the collar, pick up spent shell casings and discuss disposing of the bear cubs, the document says. One of the men says he's going into the den to "make sure there aren't any little parts."

A U.S. Forest Service employee reported the deaths of the sow and cubs to Alaska Wildlife Troopers. That's when troopers recovered the camera. The sow was one of 20 fitted with collars for a three-year study that started in 2016, according to Fish and Game. The study by the department and Chugach National Forest came in response to concerns about declining numbers of black bears in Prince William Sound. There is a legal, registration permit black bear hunt for the area from September into June.

A peaceful day on the water turned to terror for a father and daughter in Pennsylvania.

Dan Wherley explained to Fox 43 that he and his 7-year-old Layla were kayaking on the Conewago Creek in Adams County when a beaver took to viciously attacking his brand new kayak.

"Get away cause it's a beaver!" screams Wherley in video he caught on his cell phone. "Get the (expletive) away. Get away you (expletive)"

"I looked, and it was a beaver scratching at it, and I thought 'wow, that's pretty cool- a beaver came up to us! It wouldn't stop, so I used my paddle, tried to hit it to get it away, and it just wouldn't stop, explained Wherley.

After realizing the beaver wasn't going to quit, Wherley fought back with what he had on hand: his paddle.

This prompted the beaver to head for Layla.

"The beaver came up to the kayak, and tried to get in the kayak," explained Layla.

"I jumped out of my kayak and ran to her. I got to her kayak the same time the beaver did, it climbed up on the back of her kayak, started to, and I had to punch it to get it off," said Wherley.

The fight eventually went to the shore, where Wherley killed the beaver.

The Pennsylvania Game Commission confirmed the animal had rabies, and since, Wherley's had to get a number of shots.

"I was just worrying about her getting bit. That would've been horrible. I couldn't imagine," Wherley said of his daughter.

We have 716 guests and no members online